The invisible expense of deprecation is the main cost to motoring that most
people never really think about. It’s unavoidable for all vehicles regardless of make or model and it’s the falling value of your vehicle that you own and drive. 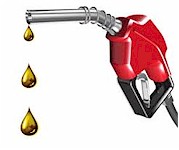 ​
Another main cost factor is of course fuel and oil. When it comes to what fuel you use there are big differences between the cost of petrol and diesel.
Diesel being cheaper at the pump than petrol but you have to factor in the higher servicing costs as well as the government on road user tax. 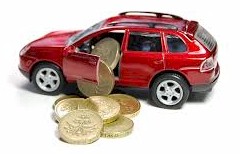 There are of course other factors like insurance and maintenance but this differs greatly depending on the type of vehicle and type of driver you are. Then there is the cost for servicing and where you take your vehicle to be serviced.

According to the AA New Zealand depreciation (you don’t see this cost until you come to sell your car) accounts for around 33% and fuel (you see this cost every week) accounts for 26% over any given year. It has to be remembered we are not talking specifically here about one type of vehicle but rather in general.

So if we look at the smaller vehicle market for both petrol and diesel and use figures for a small hatchback that travels about 14,000 kilometers a year, then we can see what the costs might be. Petrol prices (at the time of writing) were about $2.169 a litre for 91 and $1.519 a litre for diesel. Based on driving for 14,000 kilometers in a year, the lowest annual prices at the pump a motorist could expect would be close to $1,600 for a diesel vehicle and $2,200 for petrol. Remember you need to add in the road user tax of around $700 per year for diesel vehicles. 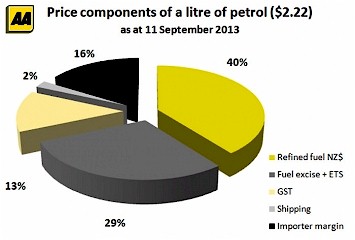 One thing we know about The New Zealand vehicle market is that the smaller cars sold here don’t have a wide selection of diesel options. Most diesel options are reserved for the SUV and 4WD models. Although with more cars being offered direct from the European manufactures this could change.
The breakdown in where your money goes after the Petrol Station collects it is also interesting and of the $2.169 a litre cost of petrol, about $1.20 a litre was attributable to duties and taxes, while the average fuel importer margins are about 30c.

Repairs and maintenance costs vary from garage to garage but a basic maintenance program could start from as little as $350 a year for petrol and double that for diesel, and we all know that to get the best out of your vehicle you need follow the service schedules for newer cars and regular annual servicing for older vehicles. Not doing so can have catastrophic consequences in the long run especially diesel-powered vehicles. 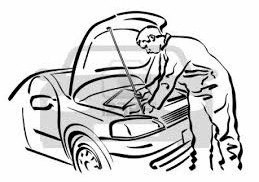 Insurance, maintenance, WOF, registration are all part of the 41% that’s left over to keep your vehicle up to scratch and legally running on the New Zealand roads.

We don't think running a car in New Zealand is any more expensive than most other comparable countries, unless you live in Dubai where petrol prices are like they were 20 years ago. Running a car in 2013 has been in general much the same as 2012.

AA New Zealand has compared costs with Australian and in general the figures conclude that the cost is very similar. However fuel costs in Australia accounts for around 40% against our figure of 26%.