For the very first time this year the Australian V8 Supercar Series raced in the USA. The race was held at Circuit of the Americas in Austin, Texas. Everyone is predicting some big changes for this series and we think they are just around the corner. What’s driving this of course is that the Australian manufactures could run out of locally made V8 4 door sedans in the next 4 or 5 years.

As reported earlier this month Ford will be ending production of both Falcon and Territory in Australia late in 2016. The death of the Falcon badge could bring rise to a number of possible replacements. 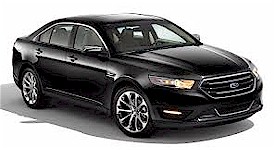 First, there’s the Ford Taurus. We think this is the most likely vehicle for the Falcon’s replacement from 2016 onwards. It’s because this vehicle is in the Ford Global family, sales of the Taurus are not spectacular in the US, so some corners are not totally persuaded. 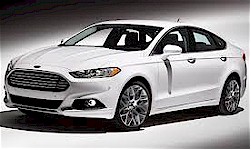 Secondly there’s a mid-sized Ford Fusion. This vehicle is currently running in NASCAR and leading Ford’s charge in this series. This vehicle is not currently available in Australia or New Zealand, but it’s Ford’s highest-selling sedan in the US market, we think this is a possible replacement as well.

Lastly if three choices are all there is, here is our dark horse and it’s not a nag. It’s one you can’t totally rule out and it would be the favorite for almost all the fans. 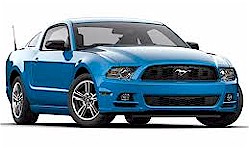 However there is one issue with this vehicle, it doesn’t have 4 doors. It’s the Ford Mustang, an iconic American with history going back to 1964.  The V8 Supercars Commission Chairman, Mark Skaife has been reported as saying, that the rules could be altered to keep the Ford faithful involved in the sport, even if that means changing the formula from four doors to two.

This move could have an impact on the other race manufacturers creating an opening to switch to more aerodynamic two-door models. For Mercedes-Benz, this would mean changing from the E-Class sedan to the coupe, while Nissan could exchange in its V8-powered Altima for the slick Skyline.

What about Holden Commodore?

Recent reports are saying that the Commodore VF is also destined for replacement around 2017 when it will switch from rear-wheel-drive to front-wheel-drive. The parent company General Motors is optimistic on the prospect of it being succeeded by a “global” car that may secure the future of its local manufacturing operations. 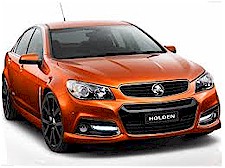 Holden are calling the Commodore an outstanding motor vehicle and one they intend to produce for a long time but in the same breath they also say that there’re a lot of more fuel-efficient vehicles on the roads than Commodore, suggesting some down sizing is on the drawing board for Commodore.

General Motors are on record as saying that the essential issue in the vehicle building business is how they configure their body shop and if they want to have the opportunity to design and manufacture for both domestic consumption and export possibilities, they need to build vehicles in Australia that are on a global platform. In other words, able to be sold in local and other markets.

The car giants are almost all shifting to global models because it spreads the development costs of new cars across as many vehicles and regions as possible. The last new-generation Commodore VE, took an estimated $A1 billion to develop and GM Holden can’t afford to spend that sort of money to develop a vehicle for just the Australasian markets.