Home > Customer Service > News Updates > 2013 Articles > New Twin Cab Utes
The dual cab, dual purpose utility vehicle market has a number of contenders but none more so than the Holden Colorado and the Ford Ranger. We wanted to have a quick look at these two and see how they compare.

There are others in this sector like the Nissan Navara, Isuzu D-Max, Mitsubishi Triton, Toyota Hi Lux, Mazda BT-50 and the VW Amarok but you need to look elsewhere for those detailed comparisons. We just wanted a quick look at the Ranger and the Colorado.

Both these vehicles have been updated recently and are well known to the New Zealanders. So if it’s styling, good looks or price that will convince you to go one way or another then there is not much to argue about between these two trucks, as they both look great and are set at similar price levels when considering similar specked models. 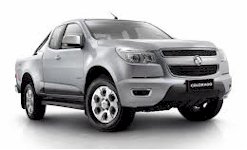 The Holden Colorado has an updated engine & transmission as well as improved safety and IT connectivity. The new 2.8-litre turbo diesel engine comes with either a six-speed automatic or a six-speed manual gearbox. Holden have increased the power and torque making the Holden supreme for grunt in the four-cylinder market and also ahead of the five-cylinder versions of the Ford Ranger and Mazda BT-50. However the Nissan Navara STX remains the most powerful in this group. However the 3,500kg towing capacity is a big selling point for the Colorado.

We have read, that compared with the Ranger, the Colorado’s ride comfort is ordinary and jumps around far more than it should. As most of its time will be spent driving city streets this could be a bit disappointing.

The Ford Ranger was designed, engineered and tested primarily by Ford Australia and is being sold around the world as part of the company’s One Ford program. Ford has included elements of its American Ford F150 along with European design influence. It’s arguably the best-looking Ute on the market.

We have also read that there is plenty of torque from the Ranger’s 5-cylinder diesel engine and feels refined when cruising. It produces superb power delivery with an excellent auto. These factors add up to make the Ranger one of the picks of the dual-cab sector. Working the trade site during the week while dealing with the family needs at the weekend.

The improvements to the new Holden Colorado have gone some way to fix the initial drivetrain issues but there are others in this group that rate better.

The Ford Ranger looks like it’s at the top of the bunch with the elite group of dual-cab Utes, which would include the Mazda BT-50 and the Volkswagen Amarok. They have jumped above the others in safety, drivability, features and styling. So in the end it is still the Ranger leading this group with the Colorado included in the bottom lot with the Mitsubishi Triton with maybe the Isuzu D-Max and Nissan Navara in the middle. After all it’s just someones opinion.
​
November 2013