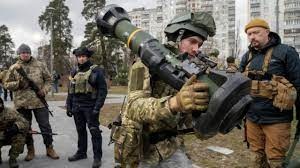 The Russian markets are currently isolated, after shipping giants Maersk and MSC stopped all shipping into or out from that area. Many different organisations are suspending or ceasing dealing with Russia because of the invasion of Ukraine.

Car manufacturers have or are making their response clear relating to this situation and we have attempted to summarise some of the key comments or reports below.

Aston Martin announced it was ceasing sales in Russia. Sales to Russia and Ukraine account for less than 1% of Aston Martin’s total sales and registrations.

Audi stopped production of their A4, A5, A6 and A7 models in mid-March 2022. Electric Audi based on the MEB platform are also affected and Audi has confirmed that the order bank for plug-in PHEV models is full for 2022.

BMW is pausing production at some German and UK factories as it addresses supply chain issues.

Bridgestone has stopped manufacturing in Russia from 18 March 2022, where it employs more than 1,000 staff. It has halted exports to Russia and donated $5.6m to the Red Cross and UNHCR charities.

Ferrari has taken the decision to suspend its production of vehicles for the Russian market until further notice. Ferrari is donating $1.6m to support Ukrainians displaced by the crisis.

Ford has also suspended operations with Russian, although they have Ukraine nationals working for Ford. Ford was having to find alternatives to some components manufactured in Ukraine.

General Motors is also changing its operations regarding Russia. The company said it has suspended vehicle exports to Russia until further notice. GM doesn’t make any cars in Russia at this point.

Honda is halting any exports to Russia including cars and motorbikes, however Honda sold less than 2,000 units in that region last year.

Hyundai have reported that production at its plant in St Petersburg was being affected by supply issues and a lack of semiconductors.

Jaguar Land Rover announced in early March 2022 it had paused its operations in Russia but will continue to monitor the situation on behalf of their global customer base.

Lamborghini the supercar manufacturer confirmed it was suspending all business with Russia.

Mercedes has revealed it could lose around $3.2billion worth of real assets. Mercedes has wound down production in Russia, but the Russian government plans to nationalise abandoned assets could damage Mercedes financially.

Nissan has also joined like most others and paused car exports to Russia.

Porsche and its production of vehicles have been restricted during the supply chaos. It blamed the availability of wiring looms.

Renault could be the most exposed to the Russian market, with its factories and other ventures. Production has been disrupted and shares in Renault have plunged by nearly 40% since mid-February 2022. Russia is the company's second biggest market globally.

Toyota has confirmed it is stopping production of the RAV4 and Camry models for sale in Russia, Belarus, Kazakhstan and Armenia. Toyota Motor Russia has stopped production at its St Petersburg plant from 4 March 2022 and has stopped imports of vehicles, until further notice, due to supply chain disruptions. It has 168 dealerships in the country.

VW has reduced production of key models in Wolfsburg as supply chains are disrupted. Wire harnesses are made in Ukraine and the shortages have affected Audi, BMW, Mercedes and Porsche production in Germany too. Supplies are also affecting production of MEB electric cars.

Volvo is suspending shipments to the Russian market for the foreseeable future.