General Motors announced at the beginning of 2022 that they hope offer a fully electric fleet by 2035. However, GM’s history has demonstrated 100 years of unwillingness to innovate, General Motors’ leadership have always shown to be more interested in profits than innovation. 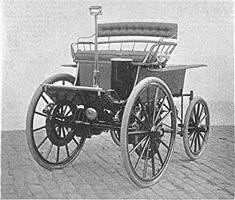 EV’s are far from new or innovative, they were around at the very invention of the automobile. If you look back to the final years of the 19th century a company called The Electric Vehicle Company was partly responsible for the demise of the vehicle it was named for, it rose to notoriety with its Electrobats (one of the first electric automobiles) an electric car for day-to-day transportation.

They pioneered a taxi system of leased vehicles that used service stations for quick battery changes and repair work.

At the end of the 19th century experts were asked which technology would dominate the motor-based transportation, most went with electricity. That turned out to be far from the reality. Ask the same question today and you may be hearing the same prediction, despite the challenges that lie in a fully electric auto solution. 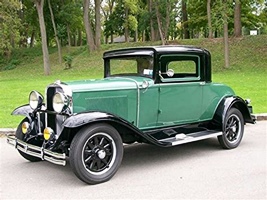 All the car makers, including GM quickly began dealing with market saturation and technological stagnation throughout the 1920s and 1930s, General Motors faced the same challenges, and at that time introduced the first instance of planned vehicle obsolescence.

Instead of improving vehicle technology, GM prioritised styling, gadgets, trim models, annual cosmetic changes, and significant triennial model additions. Their objective was to cause car buyers to feel dissatisfied with what they drove once they saw the newer, shinier models.

This was promoted by model trade-ins coupled with up-selling buyers to pricier models. It didn’t matter to GM whether the car was still of useful value. 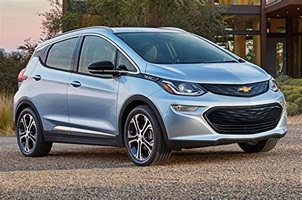 History notes that GM’s philosophy was that the primary object of the business was to make money, not motor vehicles. They displayed a belief that it was necessary that their cars be equal in design to the best of their competitors and not at all necessary to lead in design or to run the risk of untried innovations.

Although automobile sales collapsed during the Great Depression of the 1930’s, GM could say that in no year did the corporation fail to earn a profit.

The need for change and innovation has been knocking on the doors of GM for ages. Now that those pressures have been tightened, the automaker is finally ready to join the others.

But many technical and automotive companies are now lightyears ahead of GM. After all, General Motors have continued to make it clear it’s not in business to lead or risk untried technologies so don’t expect them to alter that stratagy any time soon.