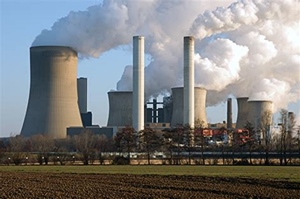 Be aware that EV batteries don’t make electricity, but rather they store electricity produced in other locations. There are many ways to manufacture electricity, however the main methods are: coal, uranium (nuclear-powered), natural gas, diesel-fuelled generators, with solar and wind generation playing a lesser part.

So, when you see a zero-emission badge on an EV it’s not completely true. Since 40% of the electricity generated in the U.S. is from coal-fired plants, it follows that 40% of the EV’s on US roads are coal-powered.

New Zealand has the third highest rate of renewable energy after Norway and Iceland as a portion of primary supply. 40% of NZ’s energy comes from renewable sources.

While we rely heavily on renewables, such as hydro, geothermal and wind to produce electricity, 60% of NZ’s energy still comes from fossil fuels like coal, natural gas and diesel. 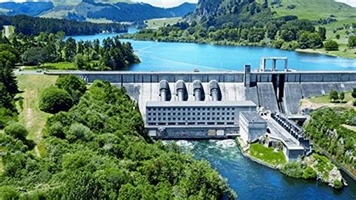 NZ uses around 46 million barrels of crude oil every year - that’s more than 1,600 litres of crude oil per person, per year and we also burn over 4 billion cubic metres of natural gas each year to make up the other 60%.

Back to the battery issue, there are two types of battery - rechargeable, and single use. The most common single use batteries are the A, AA, AAA, C, D, 9V, and lantern types.

They are dry-cell batteries using zinc, manganese, lithium, silver oxide, or zinc/carbon to store electricity chemically and they all contain toxic, heavy metals.

Rechargeable batteries only differ in their internal materials, usually lithium-ion, nickel-metal oxide, and nickel-cadmium. The U.S. uses three billion of these two battery types a year, and most are not recycled and end up in landfills. 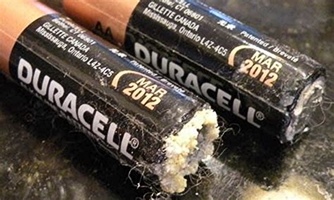 All batteries are self-discharging, when not in use, they leak tiny amounts of energy and continue to leak for ages. As the chemicals inside it leak out, pressure builds inside the battery's metal casing, and eventually, it cracks.

The metals left inside then ooze out. The ooze in your ruined flashlight is toxic, and so is the ooze that will inevitably leak from every battery in a landfill. All batteries eventually rupture; it just takes rechargeable batteries much longer to end up in the landfill and leak out their toxins.

Wet cell batteries regularly used in automobiles, boats, and motorcycles are almost always recycled currently at a rate of 90%. For those excited about EV’s and the green revolution, take a closer look at batteries, wind-power and solar panels. These three technologies share what is called environmentally destructive production costs.

All told, you dig up over 200,000Kgs of the earth's crust for just one EV battery. Worth thinking about before you rush into the purchase of the Zero Emission EV.