Automobile companies and Governments around the world are announcing plans to stop production and sale of petrol and diesel vehicles within the next 10 to 20 years. The electrification of vehicles is picking up momentum as governments drive the changes. 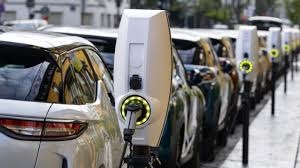 In the coming decades, lots of EV’s will hit the roads, carrying massive batteries that need limited resource metals that have yet to be mined.

In predicting a transport system dominated by EV’s, there are at least two main challenges.

First is how to cut back on the metals for batteries that are unsustainable, scarce, expensive, non-renewable, or problematic because metal mining carries harsh environmental and social costs.

And second is how to improve battery recycling, so that the valuable metals in used EV batteries can be efficiently recycled. 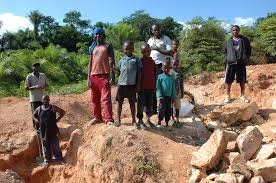 Battery makers and carmakers are already spending billions of dollars on reducing the costs of manufacturing and recycling EV batteries, prompted in part by government incentives and the expectation of forthcoming tight regulations.

Because it’s still less expensive to mine metals than to recycle them, a key goal is to develop processes to recover valuable metals cheaply enough to compete with freshly mined ones.

Metal reduction and sustainability in batteries.

The amount of metal may vary depending on the battery type and model, but on average an EV lithium-ion battery pack may contain 8Kg of lithium, 35Kg of nickel, 20Kg of manganese and 14Kg of cobalt.

Analysts don’t anticipate a move away from lithium-ion batteries, now cheaper than when they first entered the market in the early 1990s. Some predict that the cost of a lithium-ion EV battery pack will continue to fall as volume increases.

Lithium itself is not scarce and the current “known reserves” of the metal sit at 21 million tonnes and are enough to carry the conversion to EVs through to 2050. The known reserves represent the amount of a resource that can be economically extracted at current prices with current technology and regulatory requirements.

For most materials, if demand goes up, reserves follow suit. As cars electrify, the challenge lies in scaling up lithium production to meet demand. Growth in battery production is estimated to increase seven-fold between 2022 and 2032. This could result in some shortages and dramatic price changes.

Lithium mining does have environmental concerns, current extraction requires huge amounts of energy and water. Also, 67% of cobalt, the most valuable ingredient in EV batteries is mined in the Democratic Republic of the Congo where human-rights activists have major concerns with conditions and exploitive child labour.

Like other heavy metals, cobalt is toxic if not handled properly. There maybe other metals that can be substituted for cobalt and nickel in the making of batteries and these advances are being tested. 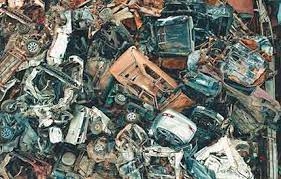 The task of recycling.

If batteries are to be made without cobalt, researchers will face an unintended consequence. The metal is the main factor that makes recycling batteries economical because other materials, especially lithium, are currently cheaper to mine than to recycle.

In a typical recycling plant, batteries are first shredded, which turns cells into a powdered mixture of all the materials used. That mix is then broken down into its elemental constituents, either by liquefying it in a smelter or by dissolving it in acid.

Research efforts have focused on improving the process to make recycled lithium economically attractive. Most lithium-ion batteries are produced in China, Japan or South Korea.

Recycling capabilities are growing fast. One recycling plant in China can recycle 120,000 tonnes of batteries in a year, the equivalent of 200,000 EV’s. The EU has proposed strict battery-recycling requirements which could be phased in from 2023.

Some American start-up firms say they can recover most battery’s metals; however, the overall economics only works because of the cobalt content.