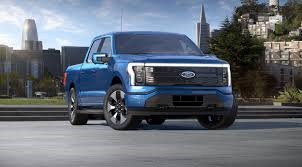 Ford are starting to generate interest for its new all-electric F-150 Lightning. This vehicle is a full sized Ute, expected to go on sale in April 2022.

The new EV truck in most respects looks like and promises the capability of the conventional F-150, with four trim levels ranging from $61K for the basic level work truck version, right up to a $133K for the platinum luxury version with every extra.

The unique features for the EV F-150 include Ford’s Intelligent Backup Power, a two-way power system that can use the truck’s charge as backup to power your home (if the power goes out). Range and other details aren’t yet in the public domain, but Ford have given hints that ranges of 370 Ks for the standard-range battery or 480 Ks for the extended-range battery may be possible.

The towing ability numbers are around 4.5 tonnes and a payload up to 900 kilos. They calculate the electrical system output at 420 kW and 1,050 NM of torque for the platinum truck with a dual motor with four-wheel drive. 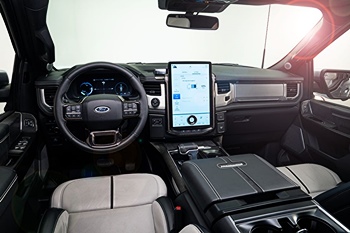 The F-150 Lightning shares much of the regular F-150's body and cabin features and looks but not the petrol-powered V-6 and V-8 engine options but rather a pair of electric motors.

There are some differences inside including an extra-large infotainment display and a super large cargo bay.

By the time the 2022 F-150 Lightning reaches the market, it won't be the only all-electric truck. GMC's Hummer EV SUT is close to its launch currently, and a rival truck from the new Rivian may also beat Ford to the punch.

Neither of those trucks, however, have the strength of the F-150 name behind them, and the electric version of America's favourite truck could be an impressive vehicle when it goes on sale this year, that’s what Ford are hoping for but will Americans agree?