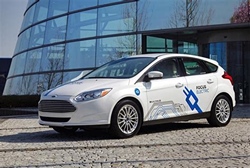 The next generation of EV Architecture is to be developed at Ford’s plant in Valencia, Spain. The European division recently announced yet another step towards an all-electric future. This will be the preferred site to assemble the new EV’s for their European market. This Valencia plant will produce electric and connected vehicles later this decade, awaiting each product approval.

In addition to operations at this Spanish plant, Ford is also proceeding with an extensive conversion of its Cologne location in Germany, planning to begin producing Ford EV’s in 2023.

Ford have been reported as saying that they are committed to building a vibrant, sustainable business in Europe as part of their Ford PLUS plan, and that it requires a strong focus and making tough choices.

The European auto industry is extremely competitive, and to thrive and grow in that market, Ford can never settle for less than unbelievably great products, a delightful customer experience, ultra-lean operations, and a talented and motivated team. (Sounds like great words coming from the marketing division - but only time will tell). 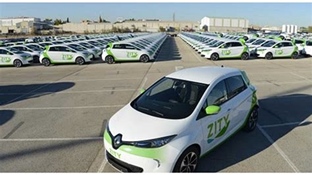 Electric vehicle sales around the world are growing, including Europe, where sales increased to 2.3 million units in 2021. However, those growth figures are coming off low EV sales before 2020.

A lot of the pressure for so called greener technology is coming directly from the European Parliament who have voted to set new CO2 benchmarks for light vehicles, including a requirement that by 2035, all new sales will be 100% zero-emission vehicles.

Currently and for the next few years, Germany remains highly dependent on Russian gas and its industry's supply chains are vulnerable to a shortage of gas and very high energy prices. The reliance on Russia is worsened because Germany receives all its gas via pipelines, and it does not have any working terminals to import liquified natural gas. If Russian supplies were to be cut off, Germany’s main economic research institutes have warned that gas would have to be rationed by this winter causing its economy to sink into a very deep recession. 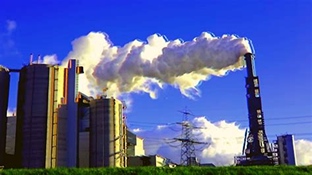 It's little wonder that Germany's biggest companies are lobbying German officials on who will be top and bottom of the list should Russia call a halt to gas supplies.

The German government has already announced plans to put idle coal plants on standby in case of gas supply disruption. This comes just months after it proclaimed its commitment to de-carbon by 2035.

Turning coal plants back on is a huge task and such a decision would not be taken lightly. Especially if they are needed to power a growing fleet of EV’s as well as keeping your house warm.

The European plants will keep producing the Ford Focus as they continue evaluating options for future site concepts and launching fully into EV production.

By bringing Ford’s all-new electric vehicle architecture to Valencia, Ford is saying that they will build a profitable business in Europe, secure high-value employment, and increase their offering of premium electric, high-performance, fully connected vehicles. This push is all in support of Ford’s global goal of achieving an annual production of over 2 million EVs by 2026.