Home > Customer Service > News Updates > 2021 Articles > U.S. Vehicle Sales in 2020
Vehicle sales started well for the first few months of 2020 before the COVID-19 pandemic interrupted many aspects of normal life in American as well as the rest of the world. There are accurate reported sales numbers for the entire year, and you could argue that the result could have been worse.

The facts are however, that the recorded sales numbers are the lowest annual volume for the U.S. since 2012 with just over 14.5 million vehicles sold to American car buyers. That equates to a 13.8% drop from the 17 plus million sales of 2019.

Cast your mind back to the global financial crisis (GFC) of 2008 which brought about a collapse to U.S. vehicle sales. You may remember that Chrysler was saved by a merge with Fiat and General Motors was rescued by a government bailout.

After starting 2020 with positive growth of 5.4% in January and 14.4% in February, the market quickly collapsed in March as the virus struck. The sharpest drop in sales last year was in April when sales dropped by 57.4%. Across the board, most manufacturing facilities ceased operation for three months starting in March and resumed operation in May or June.

The months-long shut-down caused production delays and impacted vehicle launches and deliveries. When state lock-down restrictions were lifted and eager buyers returned to auto showrooms in June, sales were hampered by low inventory. In the following months, the market attempted a recovery but maintained mostly a double-digit drop trend until September 2020 - up by 6.9% and October up by 4.6%.

Okay then, what were American customers buying in 2020?

Here are the top 20 vehicles by sales volume for last year in the USA. 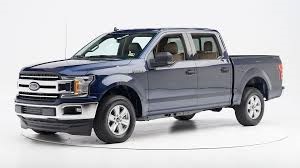