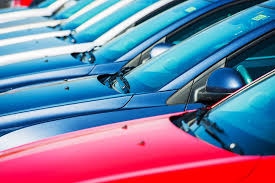 Despite all the Electric Vehicle hype, the internal combustion engine (ICE) keeps improving and it's still what 98.37% of people actually buy. There were 4.74 million fully battery reliant electric vehicles in use globally in 2019 of which 1.5 million were added in new that year.

It’s estimated that there are 1.4 billion cars on the road throughout the world and cars manufactured in 2019 were 92 million. So, the 1.5 million EVs added in 2019 is just over 1.5% of the cars made for that year.

It’s still the dawn of the EV era, however the last few years has seen phenomenal advances with the internal combustion engine. Petrol engines will remain relevant for a long time yet as it will take advancements and time for a full battery-electric fleet to become main-stream. 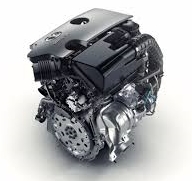 To scale up the EV battery manufacturing numbers to match the numbers of ICE vehicles will require at least a couple of things. One for battery technology and efficiency to increase and secondly, a major upscale in the supply chain to mine for the types of metals to manufacture the number of batteries required, it just can’t be done quickly, if at all.

Despite the hype generated by Tesla, even the most bullish forecasts say that full EVs will account for about 8% of the U.S. market by 2025. To serve the other 92% of buyers, car companies are investing in new engine architectures and technologies that boost power, reduce emissions and increase efficiency.

Toyota for example, plans to replace almost all of its engines between 2020 and 2023, with 17 versions of 9 new engines. The prediction is that the number of new engine architectures will slow in the coming years, but the investment in ICE will remain robust as they won’t ignore 92% of the market. 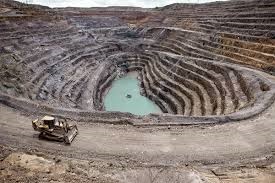 Ford has talked about their continued development for the internal combustion engine while also investing billions bringing more electrified models to the market by 2022. 16 will be battery-electric, the rest a mix of hybrids.

Ford have developed two new engines, a 3.0L diesel for its best-selling Ford F-150 and for European vehicles, a new 1.5L 3-cylinder EcoBoost engine that has cylinder deactivation and can run on 2-cylinders when required.

Ford are also on record saying that they believe the engine revolution will actually be a relatively smooth transition, blending conventional engines with electrified and other technologies. The internal combustion engine will remain the engine of choice for the foreseeable future as it is increasingly being combined with electrified engines for hybrids and plug-in hybrids.

The technologies are shifting as the demands from Ford’s customers continue to become more diversified, requiring more choice. That's why Ford are currently investing so heavily in EcoBoost, diesel and electrified technologies.

Cosworth, noted for its high-performance race engines, now have a manufacturing plant near Detroit, in the U.S. One of their first products will be cylinder heads for GM’s new Cadillac twin-turbo V8.

Cosworth are on record talking about a convergence of petrol engines and electric motors and has already worked on a project melding the two together. This is integrating an electric motor directly onto an internal combustion engine.

A dark cloud that still remains for most car companies, is the politically motivated diesel-powered engine. Before VW's diesel emissions cheating scandal became public in 2015, this engine was under scrutiny by most European governments for degrading air quality.

In the last few years, sales of diesel-powered vehicles have dropped in Europe, some cities and countries are working to cancel them altogether. European car sellers are working to quickly replace diesels with gasoline-electric hybrids.