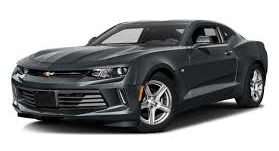 American Chevy Camaro owners have launched a class-action lawsuit against General Motors. The lawsuit was filed in the U.S. District Court in September 2020 in the state of Delaware, and it claims that General Motors knowingly sold Chevy Camaro vehicles without saying they are plagued by a starter-motor and heat-shield defection.

This appears to be no minor action as it possibly affects every Camaro made from 2010 until now, more than 750,000 vehicles.

From what we can read the issue appears to be with a heat build-up in the wiring that connects to the starter-motor and in some cases has melted the wires. In addition, the lawsuit says the pinion and starter gear are permanently connected to the flywheel, which damages them over time and causes the heating issue.

The heat shield meant to protect the Camaro starter isn’t doing the job. Resistance builds as it gets hotter requiring more power to spin it. According to the lawsuit, there is only so much resistance that the starter-motor can take. Finally, it stops working or turns too slowly to start the car and also damages the starter solenoid. 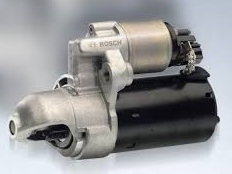 There is already a tendency for the battery cables to get hot because the battery in all of the fifth and sixth-generation Camaros is in the boot. So the extra distance means additional draw to turn over the starter-motor.

According to news reports many Camaro owner forums are full of stories of starter-motors failing. Owners have shared that as temperatures rise the problem gets worse.

Many times, they say GM has refused to repair things under warranty. It would lead to owners spending hundreds and sometimes thousands of dollars out-of-pocket to resolve the issue. A number of forum posts show that owners would have the problem repeat itself over several years.

GM’s failure to disclose the starter-motor defect at the time of purchase is material to the case. No reasonable automotive consumer expects to spend hundreds or thousands of dollars to repair or replace a damaged vehicle component. Especially if the manufacturer knows it will fail well before the expected useful life and damage other components at the same time. Engines that don't start are one of the most common problems you'll find when doing a Google search for the Chevy Camaro problems.

We are not sure if you know this but HSV (Holden Special Vehicles) has confirmed the pricing for its new Chevrolet Camaro 2SS in New Zealand, saying it will cost $NZ104,990.

HSV will re-engineer and re-manufacture the Camaro for Australian and New Zealand market. They will convert 550 vehicles to right hand drive and 38 are earmarked for NZ. You can order metallic paint for an extra $1,000. It will be interesting to see the Chevy Camaro sales going up against the Ford Mustang.
January 2021