Don’t completely dismiss the internal combustion engine (ICE) and its longevity as a solid source of powerplant beyond 2025, as we are convinced that it will never completely disappear.

Be aware that 1L of petrol weighs 0.77Kg’s and contains the equivalent of 8 kWh of energy. Most current EVs use a lithium-ion battery that can store at most, 24 kWh of energy, that’s fully charged. That’s equivalent to 3L’s of petrol energy.

Tesla, currently the most powerful EV on the market, can store the equivalent of 53 kWh when fully charged. That amount of energy is equivalent to just under 7L of petrol. You can see that battery technology has a long way to go to provide what petrol can offer.

The internal combustion engine has been around for 150 years and exposed to massive amounts of research and development. The automotive industry has greatly increased the efficiency and performance throughout that time. 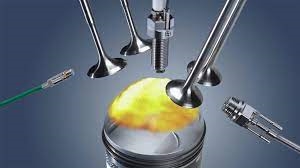 Auto engineers have loads of additional tricks up their sleeves that promise to extract even more energy from a molecule of fuel while producing fewer emissions. There are a few that are worth watching as the EV market and all its associated hype continue to entice governments around the world.

Just a few worth looking at: