November 2020 saw GM announce that they would accelerate their plan for a bigger, bolder and a more expensive EV program, saying they will invest $27 billion by 2025 and release up to 30 EVs globally. 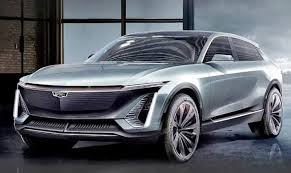 Previously, they said it would release 20 new EVs by 2023, though most of those were expected to launch in China, where demand for EVs is much higher due to strict emissions rules.

GM has unveiled two new EVs in the last few months. The Cadillac Lyriq SUV, expected to go into production in late 2022, and of all things, the GMC Hummer EV, ready for late 2021. But they have been criticized for bringing vehicles to market too late, while other automakers are racing to get their EVs to customers at a quicker rate.

GM’s position revealed to the media is that they are transitioning to an all-electric portfolio from a position of strength and growth. The reason given is that they are rapidly building a competitive advantage in batteries, software, vehicle integration, manufacturing and customer experience.

This talk is meant to convince those investors who have been nervous about GM’s ability to catch up to Tesla, the only automaker to build a total EV business over the last few years. 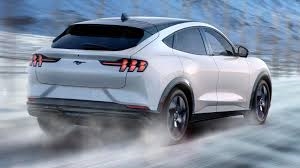 Other large car makers are accelerating their EV plans as well, with Ford expected to be delivering its Mustang Mach-E SUV at the end of 2020.

Volkswagen are going into production on its electric ID 4 SUV for early 2021. GM claims that their Ultium battery technology is scalable due to engineering advancements. They claim they can deliver an extra 80K’s of driving range.

They are also onto their second-generation battery hoping to deliver twice the energy density at less than half the cost by 2025. 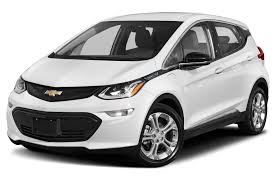 All the battery advancement talks sound great but, in the background, GM has issued a recall for 68,667 Chevy Bolts after several battery fires were reported. The vehicles affected were manufactured between 2017 and 2019. They are currently working with auto regulators to identify the causes.

There have been at least five incidents of fires involving Bolts with fully charged or almost fully charged batteries. Three of those fires are under investigation by the National Highway Traffic Safety Administration (NHTSA), which oversees vehicle defects.

GM has found two reports of injuries due to smoke inhalation. These batteries are manufactured by LG Chem at the South Korean company’s facility in Ochang.

According to the NHTSA, 50,932 of the affected vehicles are based in the US and these affected vehicles’ battery packs have the potential to heat and ignite internally, which can spread to the rest of the vehicle and cause a fire if parked in a garage or near a house.

Chevy Bolt owners have been advised to keep their vehicles parked outside. While the investigation continues, GM said it has developed software that will limit vehicle charging to 90% of full battery capacity to prevent future incidents.

Chevy dealerships have been tasked with updating their customers’ vehicle battery software which was put in place in November 2020.