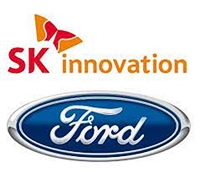 Ford plans to open the doors of an EV battery development centre by the end of 2022. The 18,580 M2 plant will include battery design and testing along with some small-scale manufacturing, it’s a joint venture with SK Innovation, a South Korean company.

They will build two US factories to make batteries for roughly 600,000 EV’s per year by 2025. This venture is to be called BlueOvalSK and is the start of Ford's plan to vertically integrate key parts of their EV supply chain.

Ford’s deal with SK Innovation is very similar to its rival General Motors, which has a battery joint venture deal with LG Energy that is also building battery plants in the US. 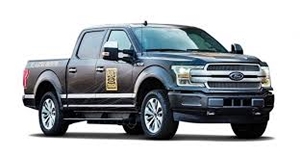 SK Innovation’s existing US battery plant is in Georgia, and they are already expanding their production presence in Europe and China. They plan to be one of the top three EV battery suppliers in the world by 2025.

The contract with Ford is to make batteries for a new electric F-150 pickup truck in American showrooms right now. Ford's F-Series pickup trucks are and have been the top-selling vehicles in America for some time. 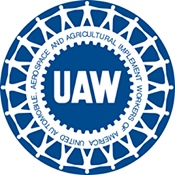 However, the joint venture is not without problems. The United Auto Workers (UAW) is an American labour union that represents auto workers in the United States and Canada. It was founded as part of the Congress of Industrial Organisations in the 1930s and grew rapidly from 1936 to the 1950s.

The UAW have been very vocal as General Motors and now Ford have announced plans for joint ventures with battery companies to supply what’s expected to be a growing EV market. The US government plans to spend $15 billion to build 500,000 electric vehicle charging stations by 2030 as well as offer billions in unspecified tax credits and rebates to consumers to cut the cost of EV’s.

This union, which represents about 150,000 workers at Ford, General Motors and Stellantis (formerly Fiat Chrysler), fears that automakers will try to use joint ventures to keep the plants outside of the national union contracts with these three companies.

Currently car companies’ contract with parts suppliers to make electric vehicle batteries, and those factories pay much less than the roughly $43NZ per hour that UAW workers make at auto plants. Union workers fear that as the country moves to electric vehicles, thousands of jobs making petrol and diesel engines and transmissions will be replaced by lower-paying battery manufacture. Yet another headache waiting to unfold for the automotive industry.

Ford said the two plants combined would produce the equivalent of 60 gigawatt hours of electricity per year. That’s equal to batteries for 600,000 Mustang Mach-E’s, which can travel for about 450K’s per charge. It sees strong demand for EVs, predicting that its annual demand for energy in North America will be as high as 140 gigawatt hours per year by 2030, requiring about 4 or 5 battery factories to meet that demand for battery power.

So is it onwards and upwards for the joint venture and more Ford EV’s coming to the market? Just how successful will this partnership be and what storms are ahead for this electric strategy?