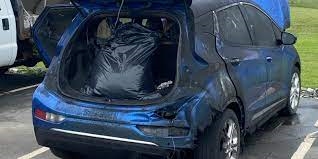 General Motors is recalling more than 50,000 of its Chevy Bolt EVs in the U.S. equipped with batteries manufactured in South Korea by LG Chem. There is a risk that these high-voltage batteries, located under the rear passenger seats, could catch fire.

The National Highway Traffic Safety Administration (NHTSA) and General Motors are investigating complaints from Chevy Bolt owners and have confirmed 5 cases of fires related to the problem.

NHTSA's investigation report indicates that the agency is also looking closely at the 2020 model Chevy Bolt and has more than 77,000 vehicles potentially affected. Chevrolet have reported that the 2020 Bolt EV uses a different battery-cell design than the vehicles affected by this current recall. 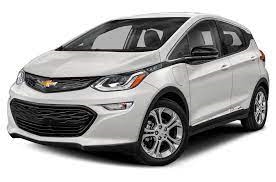 NHTSA's report on its investigation of three vehicles that caught fire, one each from 2017, 2018, and 2019 model years said however, that the fire damage appeared to be concentrated in the EV battery compartment area with penetration into the passenger compartment from under the rear seat.

The real cause of these fires is still unknown. One of these incidents reported smoke inhalation injuries. In a consumer alert in July this year the NHTSA said it has confirmed 5 fires and 2 injuries. 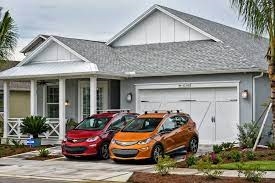 In one case, the fire spread from the vehicle to the home. Therefore, the agency advised all Chevy Bolt EV owners to park them away from houses and charge the battery outside. At the time of each of these reported incidents, the batteries were found to be at full or nearly full charge.

GM are working on getting dealers a software update promised for around November this year while they continue to investigate the cause of the fires and look for the correct fix.

This software update will automatically limit the battery's charge to 90% and the owners have been asked to contact their Chevy dealers and set up an appointment on or after November to get the update.

Videos have been posted on the GM website for all the detailed instructions.

"16.07.21, Show me a piece of electronics that doesn't glitch. Yes, EVs have many benefits for passenger transportation applications, but those who blindly believe they will have less maintenance and warranty issues than an ICE vehicle are being rudely awakened by the day."

Holden NZ floated the idea of relaxing local regulations for the sale of new left-hand-drive cars to increase uptake of the latest generation EV’s.