The government in the UK has announced plans to ban the sale of all petrol and diesel vehicles from 2040, with other countries like France having similar plans.

The New Zealand government also wants to ban petrol and diesel vehicle sales by 2032 but have noted there may be some limitations to full-scale EV adoption. This would include car owners who only have access to on-street parking who therefore aren’t catered for by existing charging technology.

What’s the UK ban exactly?
The ban is to tackle nitrogen dioxide concentrations (NO2), therefore no new petrol or diesel cars or vans will be sold or registered on UK roads after 2040, the ban excludes hybrid vehicles.

However, the banning of combustion vehicles from UK roads is not the only measure being taken. The move puts a heavy emphasis on local regional authorities to implement their own strategies for reducing NO2 levels and improving air quality in their areas. Ideas suggested are removing speed bumps to improve the efficiency of vehicles and retrofit buses for reduced emissions. An extra £255m has been promised to help see this vision put into action. 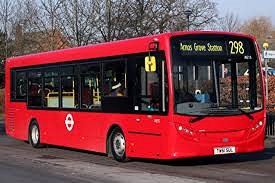 Why the UK ban?
These plans focus on just one thing, NO2 concentrations. Nitrogen Dioxide is a harmful gas released from the exhaust of diesel and petrol engines, which is linked to a wide range of health issues.

Poor air quality is the biggest environmental risk to public health in the UK and Europe and the UK government is determined to take strong action in the shortest time possible.

The aim of the ban is to give companies, councils, and people an official deadline for which to be prepared. By 2040, car manufacturers should be producing nothing but zero emissions vehicles for the UK and councils should have installed the necessary infrastructure to handle mass electric charging.

Can it be done?
Since the announcement, debates and talks have flared with many questions such as.
Does the national grid have the ability to handle the increased electrical load required to charge several million electric vehicles all at the same time?

It’s estimated that the added peak load to the UK grid will be around 30 gigawatts of power; this is an increase of 50% over the current peak load (61GW). Suggestions are that the UK will become increasing reliant on imported electricity, unless they scale production accordingly.

In order for the UK to scale and meet the power requirements, the UK would need to build another 10,000 new wind turbines or 9.6 Nuclear Power stations or 400 Solar Farms.

What should you do?
The important thing to note in the short to medium term is that this doesn’t affect you yet. However, it could be something you make a plan for.

The average car owner in New Zealand changes vehicles every 6-7 years, so you’ve got another 2-3 vehicles before you need to make a decision. Up until then, pay attention to the EV or alternative fuels market.

There may be subsidies coming for people purchasing EV’s. It’s not guaranteed that subsidies will be around for ever. Today, EVs only make sense in certain situations, they’re by no means a straight swap alternative for your current petrol or diesel vehicle unless you have incredibly deep pockets.

An EV makes for a good commuter vehicle if you only travel a few miles to and from work. Not so good for farm vehicles, trade vehicles and high mileage travel.