In 2020, COVID-19 had everyone rethinking their buying habits and decision making. Surely you remember the rush to buy toilet paper, lines outside the supermarket and ordering online for items essential for staying at home. Others faced far more difficult situations like reduced work hours and jobs lost.

While people were advised to stay home, stay safe, the auto industry were quick to ask themselves, who would buy a new car, so a shutting down of production was instigated. These actions a year ago are still being felt today. Right now, there is a global microchip and semi-conductor shortage that is slowing down most automakers’ ability to make and sell new vehicles.

Automakers work with a “Just-in-Time” manufacturing process, this means that they only order the parts or components they need to make their vehicles, as this process reduces waste and brings down costs. 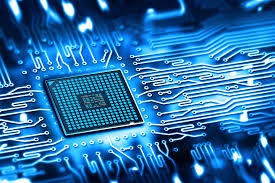 When the automakers stopped making cars in early 2020, that move goes up the supply chain, so automakers stop ordering chips. Therefore, the chip makers move onto the next order, causing the automakers to be without a supplier for their chips and even if they call back to reorder, they are put to the back of the supply line.

The microchip and semi-conductor manufacturers then moved onto making chips for more popular products like, new game consoles, smartphones, smart TV’s, computers and other items that consumers were buying up by being stuck at home.

Furthermore, environmental issues around the world have also impacted on chip-making. An earthquake in Japan and a major winter storm in Texas have added more demand to the very tight chip production process. Simply put, automakers are way behind with the chips needed to make their vehicles. 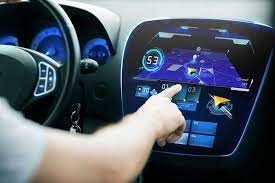 If you think about the tech that now goes into our vehicles today, advanced driver’s assistant systems, navigation and other high-tech in-car features and you’re short just one of those systems, you can’t make the vehicle. This shortage impacts far beyond those high-tech features, impacting electronic control units, displays, sensors, cameras and more.

New car buyers will see a reduced level of new cars for some time, fewer deals or incentives and maybe higher prices. Due to the chip availability issue, GM is cutting production at some plants and Ford’s bottom line will be impacted as well, especially with its money-maker, the F-150.

Toyota reported it has a 4-month stockpile of chips, so maybe they can make it through this shortage. Anyway, the auto companies may have to re-evaluate their supply processes not only with chips but other components crucial to their manufacturing processes.

One thing that appears to be a positive for the new car market is that money that was traditionally spent on international travel is finding its way into other sectors. The appetite for a new car is quite strong, and many car companies like Ford and GM may dial back the incentives and discounts as the supply fails to meet the demand.

For now, it seems like customers will have to bear with a limited supply, but automakers and other industries may be re-evaluating their manufacturing process to keep a bit more inventory in case something like this happens again, who really knows?