Here comes the new Ford Puma and it has already won a car magazine award in the UK. It’s a small SUV which could have been largely forgotten in the haze of the COVID-19 pandemic but this is a quality Ford vehicle. 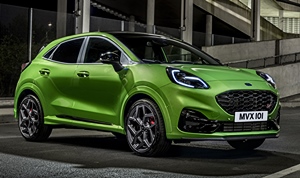 Well, what is the Ford Puma? This name has been used before by Ford and was originally a sporty coupe (which also won Car of the Year). It has active good looks whilst still offering a decent driving experience which caters for those looking for a rugged SUV that’s not too big or too small.

The closest competitors in the class are the Hyundai Kona, Kia Seltos, Nissan Juke, Volkswagen T-Roc and the Mazda CX30 among others.

So, Ford, who are one of the biggest car makers in the world, have really put a lot of effort into the Puma to compete in this popular part of the car buyer’s market. 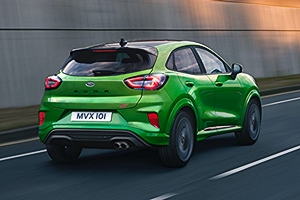 At a glance, the Puma offers economy, rugged looks and greater ride height over the Focus (and Focus Active) while featuring the latest Ford infotainment, driver assistance technologies and creature comforts.

There are trim and engine options, so the Puma offers a good balance of luxury and value for money to most small SUV budgets. 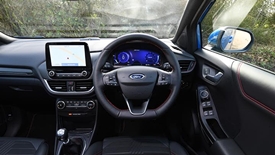 Is it a good car? The first thing you notice is that it’s good to look at. But that alone is not enough, how it performs and drives is the key to a good car.

The Ford Puma from reports so far in the UK, say that it is a joy to drive and feels extremely agile in town or country.

The current generation of Ford interiors has received a lot of praise with everything seemingly in the right place and comfortable to reach.

Some hard plastics about but it’s not an Audi, BMW or Mercedes so no leather anywhere. What you do get is an interior that knows its customers budget limits and squeezes every cent out of it.

The Ford Puma comes with the award winning 1.0L Ford Ecoboost engines, the new mild-hybrid type. These small engines are punchy, not too rev hungry and very very economical. This engine is in a class of its own for this segment and could have won the “Car of the Year” award. It produces 114kW and can achieve 3.5L/100k while still getting from 0-100kM in 8.5 seconds, a great level of performance for such a small SUV.

Overall, the Ford Puma thoroughly deserves its current award and it will be interesting to see how well this cool vehicle sells in New Zealand.