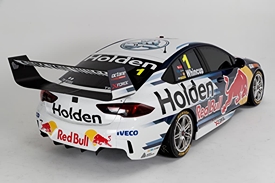 If you don’t already know, Holden have confirmed that they will no longer take part in the Australian Supercar Championship at the end of the 2020 season.

This will have a major impact on this competition and what’s left of the die-hard Holden fans. Remember that 8 of the 13 teams competing are running with Commodores.

Holden had mentioned previously that they would stay in the series until the end of 2021, however Holden was able to terminate its contract with the factory-backed Red Bull team and Triple Eight Race Engineering.

An agreement ensured Triple Eight Racing would continue as the Holden factory outfit alongside a number of customer teams, with Commodores providing the bulk of the 2020 line-up. 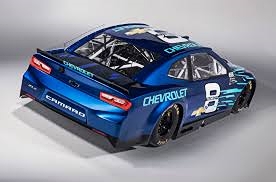 This extension ended any speculation that the Commodore would be replaced by GM’s Camaro to compete alongside the Ford Mustang, which replaced the Falcon this year.

Ford retired the Falcon when Australian manufacturing ended in 2016 but the Falcon lived on in Supercars until 2018.

The decision to retire the Holden Commodore has not been taken lightly by those who understand and acknowledge its proud heritage. The Commodore has been the cornerstone on Australian and New Zealand roads for many decades.

However, many car buyers are showing a strong preference for the functionality and versatility of SUVs and Utes leaving the sedan type vehicle with very poor support. 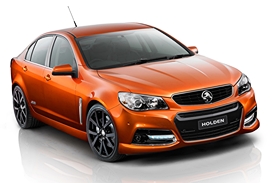 The GM Holden and Triple Eight Race Engineering have reached an amicable agreement in the wake of Holden’s announcement that the manufacturer will be going later this year, the Red Bull Holden Racing Team have declared that the details are commercially confidential, but will see the Red Bull Holden Racing Team remain on the grid in its present form until the end of the 2020 season.

The team also said that the future branding of Triple Eight’s Supercars team is yet to be determined, but Red Bull was signed on to appear on the Triple Eight cars until the end of the 2021 season - with what car is still to be announced.

Nissan left the series at the conclusion of the 2018 season. Holden will pull out of the Australian and New Zealand markets before the end of the year as well, though it will maintain a small presence in each country to service existing customers’ cars.