Dave Butner was brought from Toyota Australia to assist with Holden’s season of post-manufacturing and then quit his position after less than two years. His interim successor is Kristian Aquilina, who has focused back on Supercars and Holden Special Vehicles.

It looks like Holden is now staying committed to back the Red Bull Holden Dealer Team and support the ZB Commodore at least until the end of 2021.

The top office at Holden for the foreseeable future seems to understand the value of Supercars and Holden’s historic association with high-performance vehicles.

Dave Butner was never a great fan of Supercars and it was on his watch when the sharpest decline in sales in Holden’s history occurred with the efforts to promote the brand as an SUV destination also adding to the decline.

Holden sales have continued to collapse since the local Commodore production ceased in October 2017. The VF Commodore slumping from more than 2,000 a month at its peak to the imported ZB Commodore selling at about 500 a month. The Commodore nameplate has become a victim of front-wheel-drive and the decline of the passenger car sales that have moved to SUVs.

Holden’s future now sits in the balance, with the possibility of GM exiting Holden altogether, what will happen: rebrand locally as Chevrolet or sell the Holden brand and distribution rights to Peugeot? 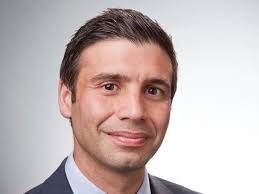 As one of the few Australian bosses in the Holden history, it’s now Aquilina’s job to save the Holden brand and Holden Racing. He understands Holden’s heritage and has tried to tap into it while also acknowledging that competitive SUVs like the Arcadia are the volume-selling future.

After his return to Australia from heading up Holden in New Zealand, Aquilina explained Holden’s Supercars involvement to highlight the Commodore’s performance history and DNA. He also backed the continued support of V8-powered ZB Commodore in racing over the Camaro.

If Holden survives and Aquilina remains at the top office, his leadership will work well for Supercars and Holden Racing at least until 2022.

However, with Holden at its lowest ebb historically, he will have to work hard to save the brand and secure the future of the company’s engineering and design facilities, which develop vehicles for GM worldwide.