Home > Customer Service > News Updates > 2020 Articles > Ford's Self Drive Progress
It wasn’t long ago when Ford made the prediction that by 2021 they would bring fully autonomous fleet vehicles to the market as part of a vehicle sharing or hailing service. That was in 2016 and we are now seeing a backing off on that timeline by the current CEO, Mr Jim Hackett, as 2021 approaches. 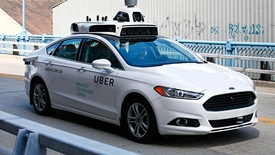 Ford is continuing to work on the driverless car concept but not anything like first predicted in 2016. Ford is testing self-driving cars with their partner Argo AI but they talk about the need to strengthen up the technology as the challenges of unpredictability are still a big hurdle to overcome, as it is for all carmakers, traditional or new.

Ford’s latest acquisition is called Quantum Signal, a research and development company specialising in remote control of robotics and sensor technology. It was founded in 1999 and has a history of working with the US Department of Defence on driverless military vehicles under off-road conditions.

Ford are pinning their hope that this technology will help improve the ability to analyse the environment. It does make you wonder just how many it will take to crack the autonomous vehicle challenge. Ford have been clear about the need to solve the vehicle autonomy challenge and so continues to add more experts to its existing in-house crew of engineers. 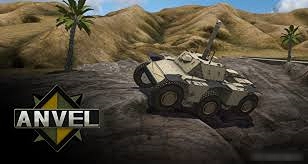 Ford declined to comment when asked recently what targets they were aiming to reach by 2021 and would not commit to how close its self-driving car technology is to being fully ready.

However, the one certainty in the self-driving field is that all major car companies are spending billions of dollars to be first to the mass market. Ford now has access to related expertise in artificial intelligence and robotics. Argo AI already equips the self-driving Ford Fusion.

As we have already seen, Ford has welcomed the largest rival automaker, Volkswagen, into its Argo AI alliance to share the massive expense of refining and perfecting the autonomous vehicle technology. Volkswagen have promised cash and assets worth about US $2.6 billion and like Ford, now owns a significant ownership in Argo AI. 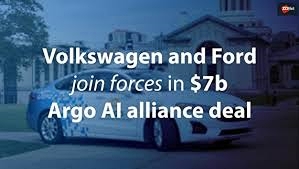 There are plenty of warning signals in this rush to market. The software in the self-driving Uber vehicle that killed an American woman in March 2018 was not designed to detect pedestrians crossing in unexpected places, according to a newly released US investigation.

It also identified other significant failures in how the vehicle’s technology accounted for how people actually behave.

Articles have mentioned that the industry must move more cautiously in developing autonomous vehicles and that governments need to develop better regulations tailored to these changing needs.

Many are saying we should be clear and reject claims about the vehicles’ inherent safety before speeding ahead.
November 2020