In July this year (2020), Ford America reintroduced the Bronco brand and it seems Americans can’t get enough of this new Bronco version. Off-road fans are lapping up every piece of information that is uncovered, and not just the hype. 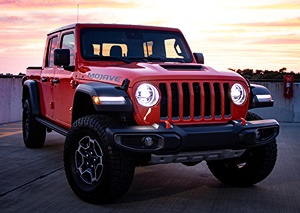 The Bronco currently has an 18-month waiting list for order delivery. (Jeep, made by Fiat-Chrysler, has been the go-to for Americans wanting a rugged vehicle for off-road motoring).

Ford has revived the Bronco name in an effort to take a slice of the rugged and adventurous go anywhere market and has announced two new off-road vehicles: a Ranger-sized Bronco that will come in two or four doors, and a smaller sized Bronco Sport, (similar in size to the Escape), hoping these vehicles will take sales from Fiat-Chrysler’s Jeep range. 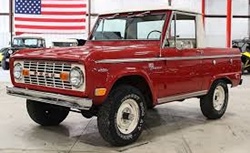 Was the first SUV a Ford Bronco? At its introduction in 1965, Ford called the Bronco a sport utility vehicle and this may have been the first reference to the term ‘SUV’ that we use so commonly today.

Ford believes this will bring back those good memories from its 30-year off-road heritage that ended way back in 1996 for the Bronco. The original Bronco was nicknamed G.O.A.T. (go over any terrain) by a Ford product manager in the 60’s.

The new Bronco range will share some parts from other Ford vehicles and they have developed a tough suspension system specifically designed for off-road use. Ford has torture tested the Bronco on trails and in extreme heat and cold to manage all manner of terrains. 4-wheel drive will come as standard throughout the Bronco range.

The Bronco name is highly recognised by American consumers and early Broncos had a body-on-frame design with short front and rear overhangs, high ground clearance and a short wheelbase for maximum off-road capability.

The new Bronco however was tailored exclusively for the US market, featuring 35-inch tyres and having class-leading ground clearance, suspension travel and water fording capabilities, and has been designed to tackle breakover and departure angles better than any other hardened 4X4.

It also comes with a removable roof and detachable doors for those who want to drive it up a canyon, it even has a built-in beer bottle opener in the boot.

The marketing talk mentions that the Bronco will endure both the test of time and the harshest of terrains, “Built Wild Extreme Durability Testing, Capability and Innovative Design for segment-leading 4x4 capability, long-term off-road performance and dependability”. Sounds great and looks great we think.

All Broncos will feature the powerful EcoBoost engines, including a 2.3L 4-cylinder producing 198Kw and a 2.7L V6 producing 228Kw. The Bronco will come with a 7-speed manual gearbox and a 10-speed automatic both featuring a crawl gear as standard.

A quirky point to note, the American RV owners are often looking for a tow behind vehicle for their massive motorhome rigs, the Bronco has been engineered to be flat-towed.