A big decision has been made by Holden to retire the Commodore name from their 2020 line-up.

Holden’s management have sighted the continued rise in popularity of SUV’s and Utes which currently make up 76% of Holden sales and they are saying that this trend will continue to grow. 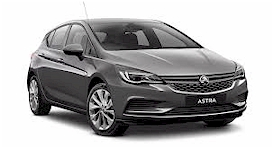 By the way the Holden Astra will suffer the same fate.

This marks the end of the line for the 40 something year-old Commodore which has struggled with declining sales for the last 5 years, not helped of course by the closure of its Australian manufacturing plants in October 2017.

Holden’s and Commodores golden years started to lose their shine by the end of 1996, Holden at that time had nearly 18% of the new car market in Australia with more than 124,000 vehicles sold and only Ford were ahead in the numbers game. Holden has never really returned to those golden times.

The numbers and market share did show some up’s and downs around the turn of the century, but ultimately lost out in 2003 to Toyota for the title of Australia’s most popular manufacturer.

From 2002 to 2005, Holden enjoyed 3 or 4 years where sales steadily remained above 170,000 units, but the Commodore continued to lose support with numbers dropping off at a fast rate and since 2010 it has continued to be a drastic downward trend.

Holden then began to lose Australian federal and local government support with reductions in government grants and tariffs in the auto industry so their losses were compounded, leading to the announcement in December of 2013 that Australian production would be ceased completely in 2017.

In the year after local production stopped, Holden sold around 30,000 fewer cars, equating to a 30% decline, a situation that Holden could no longer sustain.

So, what exactly will Holden focus on for 2020 and onwards? The Colorado Ute, the Acadia, Trailblazer, Equinox and Trax.