General Motors (GM) was started by a guy named William C. Durant working as a carriage maker. His business was called Durant-Dort Carriage Company and was considered the largest carriage maker at that time. 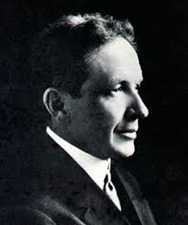 He started the company in Michigan in 1886, then took over a small firm in 1903 and began to manufacture Buick motorcars. He brought together several automotive manufacturers to form the General Motors Company in September 1908, but financial problems 2 years later cost him control of the company.

With Louis Chevrolet he then established the Chevrolet Motor Company, which acquired control of General Motors in 1915. From that base with Durant as president, the General Motors Corporation was created and they launched a successful expansion program.

However post World War I difficulties again forced him out of GM during 1920, and he formed a new firm, Durant Motors, Inc, in 1921. This and later ventures, some of which were large, were generally unsuccessful. When he made the move to create General Motors in 1908, he had about $2,000 of capital.

Today there would be no American who doesn’t know about the GM brand and the vehicles it produces, as it has been, and still is popular throughout America. Currently, GM produces vehicles in many countries around the world, although no longer in Australia, as we all know.

Following is a list of interesting facts and firsts relating to GM over the past 110 plus years: 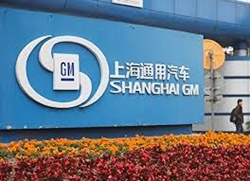 The changing markets and fortunes for GM

The biggest market for GM vehicle sales today is China. Sales in the US market are no longer where they used to be, however that is true for most car makers.

In China, GM has become the best-selling foreign automaker. For the Chinese market, they manufacture three brands of cars which are only available to the Chinese market. These brands include Baojun, Jiefang, and Wuling.

Since taking the helm eight years ago, CEO Mary Barra has followed a strategy referred to as one of strategic retrenchment. The company has now abandoned a number of once-critical markets, including Western Europe, India and most recently, Russia.

GM are still sitting in the top five car companies by revenue behind VW, Toyota, Daimler and Ford.