If you’re between the ages of 16 & 35 you’re likely to hold the view that the petrol/diesel car that most of us drive today is heading for oblivion. And you’ve already subscribed to the narrative that the electric car is the answer, well you may have to rethink that plan as the fossil fuelled automobile as we know isn’t going away from the global market just yet.

2013 marked the first year in automobile history that new vehicle sales throughout the world exceeded 84-million. China counted for around a quarter of those sales and overall the volume was an increase of 4% from the previous year.

In 2016 global sales were up again and registered over 88-million sales for cars and light vehicles. Then in 2017 that number increased again by over 3%. In fact, since 2010 the world’s car companies have seen 8-years of consecutive sales growth as the global recovery began post the Financial Crisis (GFC).

However, the 2018 sales volumes have come off that peak of 2017 and the reason they have slowed last year is down to a number of different market factors.

China is one reason, some Western European countries have struggled, examples would be Italy, Spain, Turkey, the Middle East and of course the US sanctions against Iran. The results for Saudi Arabia and UAE have also disappointed as well as a number of South American countries facing difficulty like Argentina hit by economic turmoil. 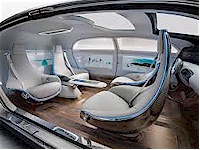 On the upside things are looking healthier for the car companies from 2019 and onwards. Predictions are that inside the next 10-years they will see car sales surpass the 100-million mark.

China’s market potential remains huge, while economic growth continues to slow, this continues at fairly enviable levels by most normal standards. The other bigger markets like Brazil, Russia and India are also predicted to be on a recovery path to increase car and light vehicle sales.

So back to the question at the top, who ranks in the top ten and likely to cash in on all these potential sales coming in over the 10 years? These rankings may surprise you.