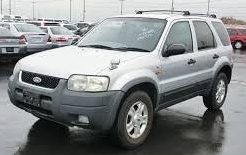 One response planed for 2020 is launching the new Escape compact SUV and it just may qualify as one of the most significant in recent years. It’s the fourth generation Escape that was first introduced back in 2000.

Ford are trusting it’ll play a key role in attracting customers who previously have considered buying a Mondeo or Focus sedan. Most of Ford’s sedans are being discontinued in response to the broad decline in popularity of these vehicles throughout the world.

Smaller SUV’s are being targeted to meet the demand for this buoyant part of the market. They seem to appeal because they are not too large, too expensive, provide efficient running costs and are somewhat utilitarian.

This segment has been successful over the last few years for the Mazda CX3, Nissan Qashqai, Toyota RAV4 and the Honda CR-V.

The new Escape will be built on the same front wheel and AWD platform as the Ford Kuga. This new generation Escape weighs 90 Kg’s less than the previous model by using higher strength, lightweight steel.

The Escape will offer a number of new engine and transmission options and may include a plug-in petrol/electric hybrid with a 50K battery only range. Two turbocharged engines are being talked about, a 1.5L and a 2.0L, to be sold with an 8-speed automatic transmission.

Here is a look at the new styling of the new Escape which is sleeker and more mainstream that buyers are looking for. New products like the 2020 Escape should help Ford compete with rival models from Mazda, Nissan, Toyota and Honda.

While Ford's F Series pickup and Ranger derivative remain the profit maker for Ford, the 2020 Escape and its potential to reduce dependence on the Ute or pick-up truck could provide a benefit for Ford and their investors.