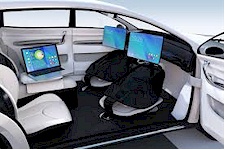 We have been seeing an increasing recognition by many including the big car companies down to the smaller start-ups, that this is all a lot tougher than anybody anticipated two or three years ago. The deeper they get into the self-driving process, the more they learn how much they don't really understand.

A recent example of this is a rethink by Ford’s CEO Jim Hackett, backpedalling on his expectations for self-driving cars in the near future, talking about overestimating how soon self-driving cars would be available.

According to motoring media, Hackett is saying that the problem is so complex but Ford still plans to deploy a self-driving car in 2021. He then added that the autonomous car planned will be used in a very narrow scope and tied down to geo-fenced areas. Ford did predict that the car of the future would not feature a steering wheel, gas pedal or brake pedal.

In the self-driving arena, there's been a lot of talk about something called the hype cycle. It around new technologies and when they reach a peak of inflated expectations before they fall into a trough of disillusionment. It's only after these initial overreactions, first too optimistic, then too pessimistic, that public perceptions start to line up with reality. 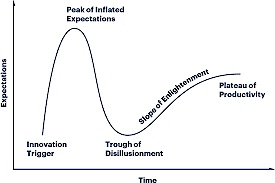 Driverless cars seemed to reach peak hype sometime in late 2017. Then in 2018, the industry plunged into the trough of disillusionment, with some people wondering if driverless technology might be ages away or at all. But today's extreme pessimism seems as unwarranted as the extreme optimism of 2018.

Maybe this year, everyone will start to develop a more realistic expectation for self-driving technology.

Considering today, Ford said it plans to build self-driving cars in Michigan USA and announced a $900 million investment in a plant near Detroit. 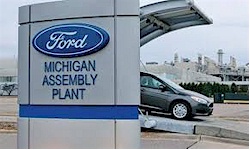 Ford has emphasised that the autonomous car will not be sold to customers, but instead it will be used as part of a mobility service. Hackett said, when the company truly breaks through the self-driving car barriers that exist today, it will revolutionise travel. He foresees redesigned logistics and city structures, but highlighted the changes are likely decades away.

Ford announced a loose alliance earlier this year with Volkswagen to jointly develop commercial vehicles and their next-generation of trucks.

However, VW has said it's open to merging its mobility functions with Ford and both companies have had positive discussions so far, the two could work together on self-driving cars.