Holden is an historic Australian brand that believes it understands the needs of Australian and New Zealand drivers.

David Buttner (a retired Toyota executive) has been asked to return to the automotive industry to help Holden work closely with their dealer networks to win lifelong customers, grow Holden’s market share and ensure the business is strong and profitable.

We read that Holden is talking with General Motors Detroit head office about the possibility for the return of a rear-wheel drive V8 Commodore.

Success of the ZB Commodore in Australia and New Zealand has not been outstanding with other brands doing better in that shrinking sedan market. You could also argue that Holden’s vehicle range is looking a bit skinny. 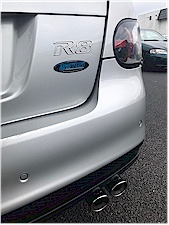 With this strong focus on Holden from General Motors, Holden see this as a key victory. Everyone has been watching with interest, the sale of Opel in Germany, Vauxhall in the UK and the growing emphasis on its market share in China and America.

Now GM is concentrating on vehicles like the next Colorado, most likely sourced from the US but with Australian design influence and the possibility that the Chevrolet Blazer SUV being a better mid-sized competitor than the ordinary Equinox.

The Cadillac brand has been publicized as a potential addition to Holden’s line-up, and the addition of a Chevrolet-badged Camaro shows that Holden is still working through the idea of other GM badges in Holden showrooms.

It should be easy enough to produce a Commodore or an Australian/New Zealand Cadillac CT6 incorporating GM’s latest 4.2L twin-turbo V8 in a right-hand-drive configuration.

Some Australian police forces are looking at the BMW 5 Series diesel sedans as replacement Highway Patrol vehicle and the New Zealand police will need to consider a replacement for their ageing vehicles.

It seems no one at Holden will confirm nor deny future product plans, but the temptation must be there to bring back one of the most loved cars now in the hands of David Buttner and his team at Holden.