There is no question that the popularity of SUV’s in New Zealand continues at the expense of the traditional sedan, hatch-back and station-wagon. So, it’s no surprise that Ford has been talking about building an SUV type vehicle that borrows heavily on the iconic Mustang. 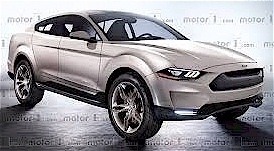 However, what is really surprising is that Ford has developed an electric Mustang styled SUV. There hasn’t been too much information about this vehicle until recently.

There have only been a couple of official Ford teasers for this vehicle over the last 12 months. They have shown a Mustang rear-end design but that’s all.

The traditional taillight area of the Mustang would look good on a larger body, but all the true SUV bits remained covered on the teaser, so there hasn’t been much to see until now.

Ford continued to say that this vehicle was a rolling test-bed for battery development and not reflective of any final product.

However, Ford recently announced that the Mustang inspired SUV will be debuted mid-November 2019 at the LA Auto Show. They also say that they are aiming for an estimated drive range of 480 kilometres on the battery charge.

The full detail on specs and prices will have to wait until the November debut date.

What we read is that Ford is tying their future to the success of this move to EV’s. The Mustang-inspired SUV might not be the foundation to this strategy (an electric F-150 will probably be their main contributor), but the Mustang will be an important part of that story. 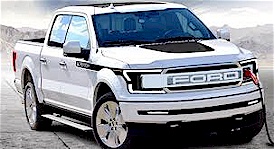 Ford has historically backed hybrid technology and as far back as 2016, Ford Chairman Bill Ford said at a Fortune event that he viewed plug-in hybrids as a transitional technology.

A lot has changed since then which only illustrates the shifting landscape for the automotive industry. Hybrids remain part of the company’s picture but Ford is moving quickly to the development and production of all-electric vehicles.

Last year, Ford reported that they would invest $11 billion to add 16 all-electric vehicles within its global portfolio of 40 electrified vehicles through to the end 2022.

What do you think, is Ford on the right path offering a fleet of 40 EV’s within the next 3 years?