GM HOLDEN are in 9th place on the Australian new vehicle sales lists so far for 2019. Their sales volume has shrunk by 21.9% to 19,700 units overall, at the same time the new vehicle market in Australia has also shrunk by 8.1% due to economic restrains. 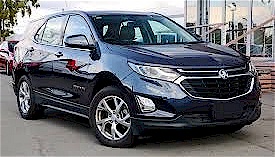 Holden have said they are going through a huge transition in their business which has contributed to their overall sales decline.

Not just the move from local manufacturing to being a vehicle importer but moving from being a passenger-focused brand to an SUV and LCV focused brand.

Holden say they are over-investing to become a major player in the SUV space, but that will take some time to arrive. 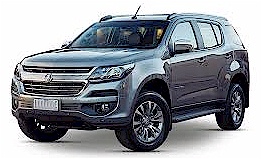 Holden launched a massive SUV-focused marketing campaign in early 2019, and it’s starting to get sales moving for the Holden Equinox, Trailblazer and sales are improving for the Acadia. However, it’s not all good news with Holden’s oldest SUV, the Trax struggling.

SUVs now account for over 33% of Holden’s volume, passenger cars at 28.5% and light-commercial vehicles at 38.3%. Either way, Holden’s market share remains somewhat in decline.

Holden have announced the discontinuation of the Spark and Barina models along with the locally manufactured Commodore, Ute and Caprice and Captiva and soon to be axed is the Astra. 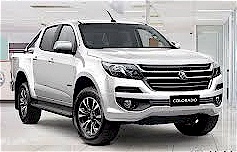 So, the real future for Holden lies with the Equinox, Trailblazer and Colorado 4 x 2 and 4 x 4 all these have increased their segment share, with the 4 vehicles accounting for 55.7% of Holden’s volume.

For the super competitive Australian commercial market the Colorado is placed 4th behind the Toyota HiLux, Ford Ranger, and Mitsubishi Triton.

This is an improvement over the Colorado’s 5th place last year, when Isuzu’s D-Max recorded more sales.