It’s clear to see that Holden has been struggling for sales in Australasia as they continue to pick up the pieces post Australian manufacturing and discover their future pathway as a brand in this part of the world.

Holden continues to work hard at being a brand that can challenge its competitors in a meaningful way and they just might be doing that with the Colorado.

There are a few comments coming from the Australian motoring media saying that Holden believes the Colorado Ute hasn’t reached its full sales potential yet.

A quick look at the sales statistics so far indicates that this may well be correct. In fact, the Holden Colorado held the largest sales increase quarter-over-quarter of any Ute in the Australian market.

Just to give some perspective for the Australian Ute market, the Colorado sits in fourth place behind the Mitsubishi Triton, Ford Ranger, and Toyota Hilux. Colorado sales grew 14.4% in the first quarter of 2019, well ahead in growth from the others.

Holden want the Colorado to be number 2 in Australia as the Hilux figures do include a large number of fleet sales. Holden said its new marketing plans are showing results when it comes to the Ute market. The plan will be to increase Ute sales and advertise hard to the public about the brand’s portfolio of Utes and SUVs. We guess the plan might be the same for the New Zealand Ute and SUV market also. 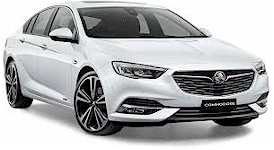 All this comes at a time when passenger car sales continue to slump in Australia and New Zealand and for that matter around the World. All the manufactures are producing Utes and SUVs at a faster pace than ever.

The proof of that for Holden is the tanking of the sales for their iconic Commodore. Holden also commented that Ute buyers should keep a look out as they continue to sharpen, target and develop more variants and options for their Ute market attacking, Holden Colorado.