We spotted an article from an automotive news outlet in Australia which suggested that General Motors was in talks to sell off the Holden brand after 88 years of ownership.

The article reported that GM is in talks with the UK-based vehicle importer, Inchcape, which already handles the distribution of Subaru, Peugeot and Citroen vehicles in Australia.

We know that General Motors is in a downscaling mode and has announced plans to close factories and reduce staffing by more than 1,400 workers. This is hard on the heels of their decision to shut down its European operation and sell the Opel brand to French car company PSA Group, (Peugeot & Citroen). 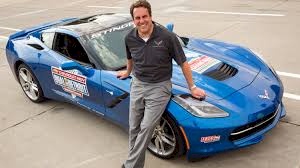 When the Opel sale was completed, GM reaffirmed its commitment to retaining the Holden brand, but since then the company has made several high-level management changes, including appointing former Holden chairman Mark Reuss as GM’s new president.

The people at the Inchcape head office issued a statement in response to the news, which didn’t confirm or deny the possible sale of Holden:

“We are always assessing a range of opportunities and initiatives in support of our Ignite strategy and we do not comment on speculation.”

Holden also issued a statement playing down the news report and instead focusing on the work the brand has done to reinvent itself as a viable option.

However, Holden in Australia has been in a state of steady decline with sales dropping for the last 8 years. Holden is now in seventh place in the vehicle market in Australia at the start of 2019 and that has triggered the hiring of a new CEO to try to turn the brand around. 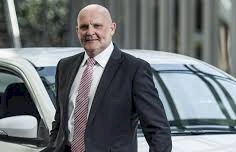 Long-term, the link between Opel and PSA creates the perfect connection for Inchcape to sell Opel-developed vehicles in Australia displaying the Holden badge, something already happening with the new Commodore and Astra models.