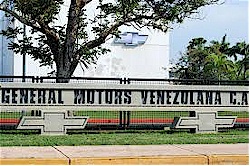 The GM plant in Venezuela has been seized by the government. General Motors has now announced an immediate cessation of their operations following what was an illegal seizure of the facility and other related assets including vehicles.

In a statement released recently, GM said the action was granted and enforced in total disregard of their right to due process. The plant was GM’s only manufacturing facility in that country, employing 2,678 workers directly and supporting another 3,900 through their 79 vehicle dealerships.

The plant was established in 1948, making GM the oldest automaker working in Venezuela. They were also the market leader for the last 35 years. 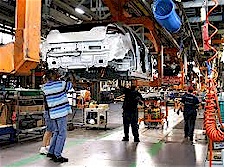 GM dealers in Venezuela will continue to provide aftermarket service and parts for customers, but employees at the manufacturing plant could be left without a future.

GMV will provide job loss benefits to workers as far as the authorities will permit, suggesting the automaker has some doubts about what can be accomplished in the face of Venezuela’s ruined economy, questionable legal tactics, and deepening economic crisis.

Nevertheless, GM expresses confidence that justice will ultimately be served despite the country getting closer to civil war. 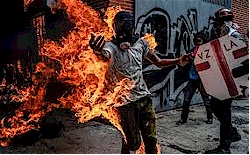 GM added no further comment on this strange situation or any specifics regarding their vehicle production. According to an American newspaper, the seizure stems from a decades-old lawsuit filed by a GM dealership in the western region of Venezuela seeking the equivalent of US$665 million.

It would seem a lower Venezuelan court initiated the action for the seizure based on that law-suit, though with Venezuelan currency in a freefall there are certainly more questions than answers regarding the true motivation of the seizure.

General Motors isn’t the only company to experience hardship in the struggling nation. Ford Motor Company stopped operations at its Venezuela plant in December last year because of poor sales.

Numerous other corporations have scaled back operations because of the extreme economic situation, and Venezuela is currently in arbitration with the World Bank over claims of illegal asset seizures with 25 other companies.