Home > Customer Service > News Updates > 2019 Articles > GM & Holden
An online article has mentioned that General Motors is in talks to sell off the Holden brand after owning it for more that 88 years. A comment we noticed in the Australian Financial Review says that GM is in talks with the UK-based vehicle importer Inchcape. Inchcape handles all the vehicle distribution of Subaru, Peugeot and Citroen in Australia.

General Motors is currently going through a downsizing exercise and has recently announced plans to shut down five plants in the USA and shed 1,400 workers.

This is hard on the heels of the shut-down of its European Chevrolet operation and the sale of the German-based Opel brand to the French car maker PSA Group with the Peugeot and Citroen brands. 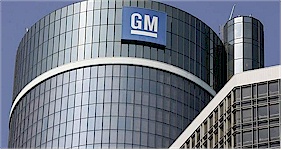 In 2017 at the time of the Opel sale, GM reaffirmed its commitment to retaining the Holden brand, but since then the company has made several changes to the management team, including the return of the former Holden chairman Mark Reuss as GM’s president.

In response to the report, Inchcape head office issued a statement, not confirming or denying any potential sale: “We are always assessing a range of opportunities and initiatives in support of our Ignite strategy and we do not comment on speculation.”

Holden also issued a statement playing down the report and drawing attention to the work the brand has done to reinvent itself as a fully-imported brand after the closing-down of all of its Australian manufacturing.

GM must be holding in tension the fact that the Holden brand has been declining in sales for the last 8 years going from the very top position to the 7th best seller against the competition. If Inchcape end up taking over Holden distribution it could more than double their vehicle sales in Australia. Adding Holden’s 2018 sales of 60,751 vehicles to the 53,347 combined sales of Subaru, Peugeot and Citroen they could end up with around 115,000 vehicle sales.