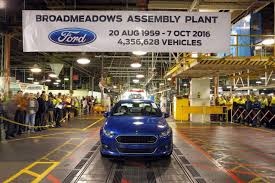 Jobs and a future for the Australian Ford & Holden sites.

The manufacturing sites that Ford used to build all those Australian made cars has recently been sold to a Melbourne developer. It’s now three years since the last Ford Falcon rolled down the production line at Broadmeadows with an engine built at the nearby factory in Geelong.

Pelligra Group, who specialise in construction and property development, have purchased the two sites for an undisclosed amount.

Ford reported that they had chosen Pelligra Group for their appreciation to the significance of the plants and the location for the historic relevance. 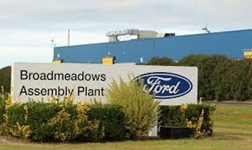 Holden sold its Elizabeth production plant to the same developer at the end of 2017, which has been renamed Lionsgate and also repurposed into an industrial hub creating new opportunities and new employment.

The old Ford sites will be renamed Assembly Broadmeadows and Fortek Geelong and their plan is to inject more than $500 million to turn the sites into new industrial and technology centres.

These projects should generate up to 2,000 jobs initially and Pelligra Group expects the new industrial complexes to generate between 4,000−5,000 jobs in the medium to long term. 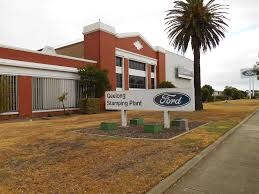 They do have a strong track record of projects that deliver jobs and rejuvenate local communities. Pelligra Group are on record saying that their intention with Fortek Geelong and Assembly Broadmeadows is to do exactly that.

According to Ford Australia’s CEO, Kay Hart, Ford plans to keep its design, engineering and research centres operational, including the You Yangs Proving Grounds near Lara.

Ford’s Broadmeadows and Geelong sites have played a central role in the history of Australia’s auto industry as centres of technical excellence. They have been part of the local communities for generations.

Ford are pleased that Pelligra Group will build on Ford’s ongoing engineering and design presence by adding new opportunities for innovation, ideas and business in Broadmeadows and Geelong and provide new employment for the local communities.