The over-riding emerging engineering trends coming out of the main car companies seem to be around proficiency, lightweight design and materials, connectivity, networking and self-governing vehicles. Some are being rolled out now and some are still miles away.

Not to forget about autonomous driving, vehicle connectivity, engine efficiency, advanced combustion modes, fuel cells, downsizing, airless tyres and turbocharging, there is a lot going on by a lot of different companies. 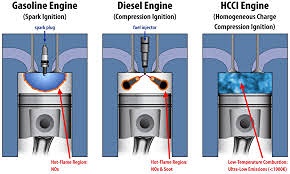 We are reading though, we’re not about to flood the roads with autonomous vehicles.

There are no clear signs that we’ll see driving automation of this kind among the top automotive trends in for the next 10 years or more.

Currently there is no particular legal framework or technical requirements that have been developed in recent time. Autonomous cars continue to be vulnerable to cyberattack and the driving environment still lacks smart traffic regulation and monitoring to really bring about this level of change or viability. 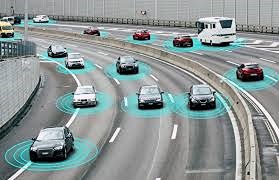 While major manufacturers including GM, Ford, Honda, Toyota, Volvo and others claim that they plan to catch up with the latest technology trends in the automotive industry and launch self-driving cars in the coming year or two, you shouldn’t be surprised if they don’t succeed.

It’s more realistic to suggest that we’ll reach a level of autonomy in passenger cars no sooner than the 2030s to 2040s.

If a miracle does happen and a fully autonomous vehicle hits the roads, these roads won’t be in urban areas. They’ll be somewhere in a geo-fenced area and for commercial use only. 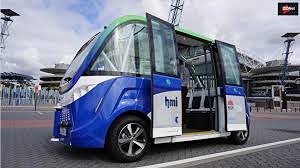 The main reason for this is the high cost. Complex, smart, and autonomous, these vehicles are going to be very expensive for individual use. Manufacturers will probably start with autonomous shuttle buses between airport terminals and buses for picking up passengers from boarding gates, planes and carparks.

However, this scenario is realistic, you arrive at the airport, you take a shuttle bus to the parking lot where you left your car. The app on your smart phone remembers where you parked when you arrived.

On leaving you notice that the bus was driving itself. This works because it operates within a geo-fenced road, which is well controlled, and the speed is relatively slow at 40 km/h. This is a likely scenario of how autonomous vehicles (like this bus) will arrive gradually.

First, they will be slower-moving vehicles in specific limited areas, and not in the middle of London, Berlin, Paris, New York or downtown Auckland.