Home > Customer Service > News Updates > 2019 Articles > The Ranger
It’s been 7 years since Ford has offered a Ranger for sale in the USA. Ford has been uncertain about how well it would be received, especially with a higher price ticket and the Australian design but the reaction may pay huge dividends for Ford. 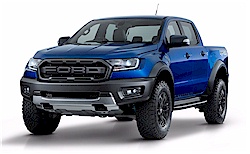 With the Ranger being on sale in the USA for just over one month the Ford plant in Michigan is planning to add extra shifts to be able to keep up with demand so they can manufacture more Rangers.

The decision is based on the Ranger orders so far and on the interest registered with dealerships, so Ford is saying that the demand is proving to be very strong therefore they are starting work with extra shifts. These have kicked off in February this year to deal with the expected volume of sales.

The numbers look like they will outshine the competition in the same market. Ford is saying that the expressions of interest are stacking up to be over 300,000 units with more inquiries coming in every day.

So far, the biggest seller in this segment has been the Toyota Tacoma, (very similar to the Hilux) with sales of 245,659 units for all of 2018 and the Chevy Colorado & GMC Canyon recording combined sales of around 170,000 units for the same period.
The strategy Ford are pushing for the Ranger is to deliver a 10-speed transmission behind a 2.3L EcoBoost engine that gives capability, efficiency, reliability and confidence for customers to more than match the bigger engines in the same market. 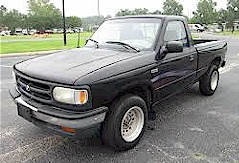 That’s Ford’s thinking for the Ranger and that’s what Ford is trying to do, according to the reports out of the USA.

If that is a realistic target for Ford to aim for with the Ranger then it could outsell both Toyota and General Motors with their equivalent versions.

The Ranger does have some history in the USA. In the mid 1990’s, the Mazda B-Series Ute often sold more than 300,000 vehicles per year before sales of the third-generation model fell away in the mid-2000’s.

The Ranger still holds the top spot in New Zealand and has continued to hold that for some time.