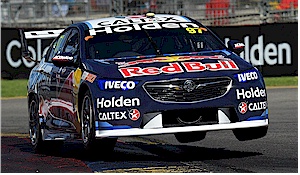 Holden’s new ZB Commodore is leading the way in the Virgin Australia Supercars Championship. It’s letting the Ford Falcon FG X to only 3 spots in the top ten and the Nissan Altima out of the picture.

The Commodore is in 7 of the top 10 places on the points table with the next event to be the Perth SuperSprint due to run on 4 - 6 May 2018 at the Barbagallo Raceway.

The key to Holden's success is based around the design of the car, the ZB Commodore uses composite material on the bonnet, roof and boot compared to steel used in the Fords and Nissans. 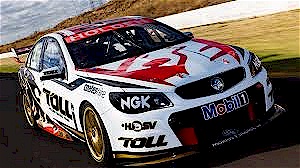 The ZB Commodore has replaced the VF platform that has been racing since 2013 so it’s a bit unusual to see a Commodore hatchback racing in Supercars.

For marketing purposes, the ZB Commodore will be raced in a number of motorsport disciplines, however the race cars in general have no physical or mechanical relationship with the production model, other than their looks.

The ZB Commodore for the Supercars Championship is powered by the same V8 engine as was used in the VF. A turbo-charged V6 engine was under development for use in 2019, however that project was cancelled in April 2018.

When the decision was made to cease vehicle production in Australia and source Holden’s ZB Commodore from Europe, Opel was still under the ownership of General Motors.

The new owner of Opel has announced that they will transfer the Opel Insignia to PSA platforms as early as 2021, which means the current model would be discontinued as PSA plans to export PSA based Opel models globally from 2018.