To many people’s delight, Ford have announced a return to Supercar’s in 2019 with a racing version of the Mustang. They had been looking at doing something with the Mondeo but have confirmed the Mustang with be it on the race-track for next year.

It’s likely to be powered by a twin-turbocharged V6 engine rather than a V8, which may disappoint the hard core V8 fans. Holden announced almost at the same time that it was suspending a program to develop a turbocharged V6 engine for the successful ZB Commodore that has been in winning form over the past couple of seasons. 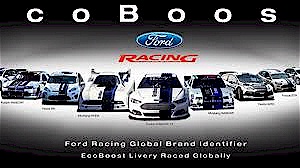 The news of the Mustang’s return is a massive lift for Supercars and the fans. Currently the Falcon FG X and the Nissan Altima that are racing, are no longer sold in Australia or New Zealand and of course the Falcon is no longer being manufactured.

We are still missing the full information around this decision but we have read that Ford will be represented by Ford Performance, the global motorsport division.

There has been some winning history in the Australian Touring Car Championships involving the first-generation Ford Mustang, even while the Falcon was taking up most of the attention with organisers, race teams and fans, the Mustang won four consecutive events during the 1960’s.

Later in the 1970’s Allan Moffat’s Coca-Cola Trans-Am Mustang did well and Jim Richards’ Sidchrome Mustang was another great performer towards the end of that decade.

Ford & Holden are now both committed to the Supercar championship for 2019 with an American Mustang going up against a European Commodore making for an interesting battle, Nissan have yet to confirm their inclusion for 2019 when this was written.