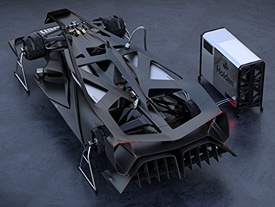 Science fiction or just a dream from Holden?

Holden has disclosed a conceptual vehicle for its parent company General Motors. It has been announced as a plausible race vehicle of the future. It’s being called the Time Attack and is an electric vehicle that Holden wants to explore as they work out what the shape of advanced racing technologies will look like. The Time Attack is envisioned to hit 100 km/h in a little over a second and that’s pretty quick.

This vehicle’s disclosure coincided with Holden’s celebration of the 50th anniversary of Holden's first win at the Bathurst 1000. The Bathurst 1000 race was held in October 2018 and is an annual race that is the climax of the Supercar Racing calendar in Australia.

The Holden Time Attack is not an endurance machine able to cover 1,000 km over 161 laps but has been engineered to get around a race track like the Mount Panorama circuit at Bathurst in the quickest time. The clue is in the name, Time Attack.

So, what are the technical details for Holden’s Time Attack?

The body is constructed with a combination of Carbon Fibre and Kevlar, made extra low to the ground especially at the front.

As mentioned above the Holden Time Attack will get to 100 km/h in just 1.25 seconds. A 3-speed planetary automatic transmission would handle the shift through the gears. 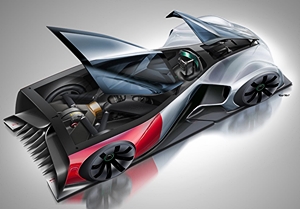 As a side note, from what we read in reports, the only Mount Panorama lap that was completed so far is a virtual lap.

Concepts are always meant to push the boundaries, but have even more impact when they are viable and this concept is possible as an advanced racer of the future, according to what Holden are saying anyway.