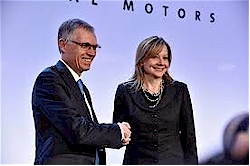 uly 2017 GM sold their money-losing Euro division to France’s PSA Group. Our newsletter last year mentioned that your next bunch of Holden Commodores coming in 2018 would have a French flavour. It all seemed to be a sweet deal then but now the PSA Group, makers of Peugeot & Citroen cars aren’t happy with their purchase, possible buyer’s remorse?

We have seen reported that in fact the PSA Group is claiming that the acquisition of the Opel & Vauxhall brands left it on the hook for pending emission fines, connected to new European regulations.

We have also read that PSA is now seeking nearly US$1 billion from GM as compensation.

The very strict Euro emissions regulations due to take effect in 2021 would penalise PSA for its newly acquired non-conforming brands, something that apparently wasn’t known or where told at the time of their purchase.

Anyway, according to news reports, PSA said that the scale of the problem only became clear after it took ownership and failing to comply with EU rules could threaten your existence.

PSA have already set about accelerating product development with a move to switch Opel & Vauxhall models to the conforming PSA platforms including cleaner French engines which would start to appear for sale by 2024. 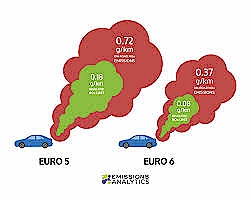 The state of Opel’s fleet wasn’t entirely a secret leading up to the sale as there have been reports of significant problems with Vauxhall & Opel meeting the strict CO2 targets for Europe. Opel is reported to be 5-7 years behind with their engine technology.

A GM spokesman wouldn’t comment on whether the two companies discussed emissions, only saying that GM provided PSA Group with substantial information. As of January 2018, PSA has not yet filed any legal claims against GM.