We saw an announcement from a U.S. news source recently saying that Ford will phase out most cars it sells in North America. It has hinted at just having the Mustang and the Focus as the only traditional cars it sells in that part of the world.

Driven by consumer demand, Ford has already explained that it sees its future in trucks, SUV’s and commercial vehicles. Ford is also hinting at a new type of vehicle which sounds like a crossover, combining the best aspects of a car and Ute with a higher ride height, more space and versatility.

At the moment though, Ford manufactures 6 cars for North America: The Fiesta, the Focus, the Fusion (Mondeo), the C-Max, the Mustang and the Taurus.

There’s rumour or is it just speculation, hinting at the Lincoln branded sedans will also be axed. Currently there is a Lincoln MKZ and the big Continental which share platforms with other Ford counterparts.

Ford is also reiterating its promise to offer a hybrid version for the F-150, the Mustang, the Explorer, the Escape and the new Bronco. Ford is banking on the SUV and truck trend and that it could amount to half the entire U.S. retail market inside the next 2 years.

That is why Ford is moving its $7 billion of investment capital from its cars to the SUV and truck segment. Ford is aiming to have a high-performance SUV in the market, including five hybrid versions and one fully battery-electric model. 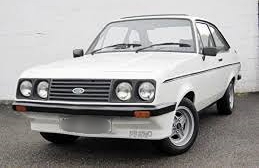 Ford’s goal is to go from second to first-place in the U.S. hybrid vehicles market, surpassing Toyota by 2021. It hopes that the new hybrid Mustang and F-150 will bring that success.

The classic sedan has always been the mainstay for Ford. With vehicles like the Lincoln Continental, the Ford Galaxy, the LTD, Crown Victoria and Taurus.

Ford has always been good at designing small and medium cars like the Fiesta and Focus and the unforgettable and popular Escort.