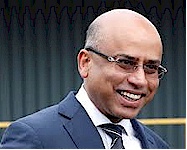 It’s just not going to be Holdens. The British billionaire and GFG Alliance boss Sanjeev Gupta has approached General Motors Holden to buy some assets from the closed Elizabeth factory so he can build electric vehicles. He intends, if approved, to develop the site as a manufacturing base utilising the innovative i-Stream technology.

According to news articles the Australian energy and environment minister, Josh Frydenberg, the prime minister and a number of other government ministers have already been in discussions with Sanjeev Gupta. Mr Frydenberg mentioned that the government was consulting with the automotive industry about vehicle emissions standards but refused to nominate a time frame for introduction of such standards for Australia. 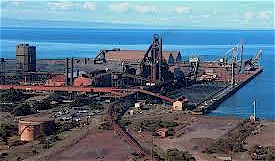 Sanjeev Gupta is now synonymous with corporate rescues in the UK. His company has purchased many steel, car and engineering plants that were destined for closure.

In 2017, he bought the Whyalla steel works from the receivers of Arrium, ensuring that the Spencer Gulf town’s major industry would continue on.

He then bought 50.1% of the Adelaide battery company Zen Energy and has announced plans for the company to invest in major renewable projects to power steel manufacturing operations.

It’s a $700m investment and will be the largest solar and power storage investment in Australia and is intended to provide one gigawatt of additional renewable energy to major industries.

The Holden site was sold to Melbourne-based industrial property group, Pelligra. It plans to turn the site into a hi-tech manufacturing hub, and is looking to rename it Lionsgate Business Park.

About 30% of the site has been leased back to Holden so it can continue its parts and servicing operations, but the Pelligra is looking for other tenants.