When talking about a vehicle with an internal combustion engine its mainly about the engine performance and reliability but with an electric vehicle the focus is all about the battery. You need to work out its capacity, charge time, life cycle and replacement cost.

It could be that you don’t actually own your battery but have a rental or lease deal with the car company or third-party supplier so the replacement cost is spread out over the time of ownership. The kilometres per litre will most likely remain the same for an ICE vehicle but the battery capacity of an EV starts deteriorating over time and some functions like the air conditioner or frequent charging, cause the battery to deteriorate faster. 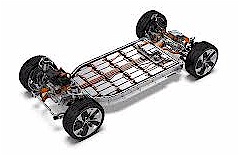 The cost of recharging an EV is between 20% to 50% less than running an ICE vehicle however the battery life is estimated at around five to eight years depending how it’s maintained.

The cost of a Nissan Leaf-sized lithium-ion battery in Japan is just over $9,000 NZ dollars. When we look at the battery in the American Tesla, the estimated cost for the Tesla 3 55kwh is about $9,400 and the 85kwh around $16,400 NZ dollars.

You are seeing some examples in Japan where the cost of the replacement battery is more than the value of the car. This is true for Japan and maybe for other countries as the second-hand car market in Japan is pretty brutal and prices drop to some very low levels.

Japan currently has just over 19,000 charging stations, of which just over one third are high-speed recharging, high-speed will full your battery in 20-30 minutes, time for a coffee and cake. Regular recharging from 0 to full takes much longer.

Most EV owners will prefer to charge their vehicles at home, since on average it takes between 8-12 hours to fully recharge a battery from zero using a normal home charge rate. All EVs come with a pretty standard charging cable that can plug into a common 240V household electrical outlet.

Vehicles like the Leaf and the Volt, as well as future EVs coming to the market, should have interchangeable connections that will work across different platforms, let’s hope so anyway.

How much does a recharge cost? It’s difficult to be too accurate here as this is still new to most. There are some figures based on Australian electricity prices. The average price for electricity per kilowatt hour (kWh) in Australia is about $0.25 and it takes around 18 kWh to travel 100km in an average EV. So, it should cost about $4.50 in electricity charges to travel 100km.

The first EV to be sold was the Nissan Leaf and it has been around for over 6 years. The number of EV supportive commentators and EV believers is starting to build up and they are speaking out.

One owner in Japan said; Charging my EV is the same as recharging my smart phone and when I’m out and about I use high-speed chargers at Nissan dealerships. Charging isn’t a hassle, you just get into the habit. I would never go back to driving a petrol car. The maximum range now for my vehicle has dropped over time from 280km when new to 200km but it’s only used for errands around the township. My EV is almost scarily quiet, and the response is so much superior to a petrol car that once you test drive an EV, you’re hooked.

However, are you convinced, it used to be about Ford verses Holden (GM) maybe it’s heading towards EV verses ICE.