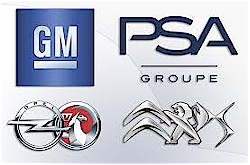 After announcements in the media about Opel and Vauxhall being sold off to French PSA Group and last year not bothering to award GM’s Korean operation the chance to build the new Commodore or Cruise for financial reasons, it seems the carmaker is about to implement more changes due to underperforming global markets. How this will effect the Australian and New Zealand operations is anyone’s guess.

Holden has made over $1.5 billion in profit for GM, but it has countered that with more than $1.7 billion in losses. With profit struggles like that over the last 15 years coupled with GM’s plan to reduce investments in certain international markets, Holden’s plans in the medium to long term will be impacted.

GM continues to made it clear that their focus is on core markets and models as part of their move to get profits back on track.

There is talk that the Cadillac brand is on GM’s radar for this part of the world and could be here if it proves successful in the UK. Their strategy seems to be that if it works in the UK then you can enter the other right hand drive markets like Japan, Australia, New Zealand and South Africa.

Maybe another clue is that GM has so far refused to tell the media where Holden might source its vehicles from after 2022. So it seems that until 2022 the Holden Commodore and Astra will be Opel’s made by the French PSA Group, does that make sense?

The Opel sale to PSA Group was compelled by $26 billion of losses since 1999. Opel has struggled from 2005 to keep its head above water, it has faced escalating production costs, dwindling sales and challenging financial conditions and also slashed its plans for the Holden-developed Zeta rear-drive platform in the wake of the 2008 global financial crisis and tightening US fuel standards.

However it is expected to report its 2016 result with an improved profit despite a sales slump, as many of the costs associated with closing down almost 60-years of manufacturing legacy have been written off.

So doing the best to read between the lines the Commodore and Cruise will continue as we know them until late this year and then we will see rebadged Opel’s as Commodores and Astra’s coming from the French PSA Group between 2018 – 2022, then as far as we can see the options remain open for what Holden will look like and where it will come from after that time.