The New Zealand vehicle market is red hot at the moment and 2016 saw records tumble as more new vehicles than ever were registered and 2017 sees demand continuing. So, what were the top 10 best-selling vehicles in New Zealand for 2016?

The Ford Ranger kept the Corolla out of the top spot for the second year in a row.

The Ford Ranger took home the Utility trophy by being best in Class at the New Zealand Car of the Year awards, a title it has claimed for a number of years now, but it was only last year that it toppled the popular Corolla from the top-selling vehicles list.
Toyota will no doubt be celebrating as it maintained its position as the New Zealand market leader in passenger vehicles for 2016, thanks to the sales of the Corolla, Hilux and RAV4. 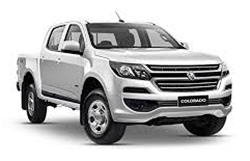 The Holden Colorado has also been a good performer in one of the hottest vehicle segments in New Zealand.

You should notice that the top ten best-selling vehicles in New Zealand for 2016 has only one sedan type car listed (Toyota Corolla) the rest are Commercial vehicles or SUV’s.
November 2017