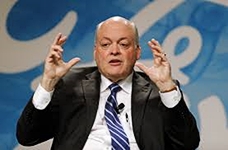 Ford has a new CEO and he plans to cut costs, reduce models and focus on trucks, SUV’s and electric vehicles.

His name is Jim Hackett and his background has been in office furniture, he became CEO in May 2017 replacing Mark Fields, his message has been based on getting Ford lean and flexible, updating factories, faster product development and quick decision making.

All this to help deal with the challenging auto industry, from car-sharing, self-driving vehicles and the shift to electric cars. 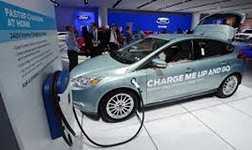 He has told investors that he expects to reduce material costs by $10 billion within 5 years driven by new deals with suppliers and simpler designs. He has plans to share more parts between vehicles and reduce the options available for configuring a car.

For example, US customers can currently order a Ford Fusion (a bit like a Mondeo) in 35,000 different combinations, Hackett wants that reduced to under 100. 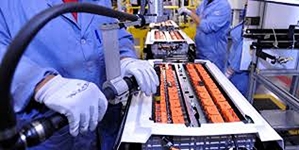 Another area of cost saving will be to reduce engineering expenditure by $4 billion in the same period by creating fewer prototypes and cutting product-development time.

He also wants to cut 33% of Ford’s engine development costs and divert that to electric and hybrid vehicles. Ford plans to introduce 13 new electrics and hybrids over the next five years, including a small electric SUV by 2020.

The changes will impact the cars that Ford produces in that $7 billion will be reallocated to SUVs and trucks. Rising demand for these vehicles types makes them critical to Ford's profitably. It’s not clear what cars will disappear from Ford’s line-up but most likely small cars like the Focus will survive.

Hackett plans to make their vehicles smarter, with 90% of its global product getting modem connectivity by 2020. Things like software upgrades, new apps and connected commercial vans that can track the deliveries.

Investors have been critical of Ford for waiting so long to bring a long-range electric vehicle to the market. Jim Hackett’s joined Ford's board in 2013 where he briefly led Ford's mobility unit before being appointed CEO.

Ford hired Hackett partly to turn around its share price which had declined over the last few years. Ford had even dropped below Tesla’s market value in 2017, even though it earned $4.6 billion in 2016 and Tesla has never made a full-year profit yet, try and figure that one out?