Home > Customer Service > News Updates > 2017 Articles > Holden Crossover
It appears that the people at Holden were so focused on improving the Commodore to rival the Ford Falcon that that they missed the shift that has been going on for some time with buyer’s taste. 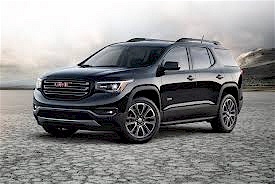 Here in New Zealand, Australia and most of the world, SUVs and crossovers have grown to become the success of the automotive industry. Holden have offered the Colorado 7 (now the Trailblazer) and the Captiva 5 and 7 but their rivals have flooded the market with CUV’s of all shapes and sizes and the options are endless.

As it is often said, “it’s better late than never” Holden are trying to address their late arrival to this market by preparing the Acadia and Equinox Crossovers to remedy the brand’s lack of utility vehicles.

Holden have realised that SUVs are more popular than ever and this segment just keeps on growing, you have only got to drive the streets to see that this trend has been around for some time. This style of vehicle is no longer the domain of football mums or weekend off roaders, it has become the family vehicle of choice. 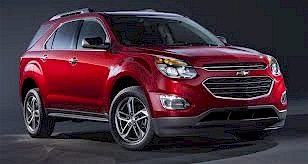 So, in 2018 we will see two SUV’s from Holden as they endeavour to pick up a slice of this popular market with the Acadia and Equinox.

The 2018 Holden Acadia, which will be built and exported from the American Spring Hill, Tennessee plant, will become Holden’s more luxurious full-size flagship SUV, and the 2018 Holden Equinox will become a mid-size replacement for the Captiva 5.

Holden expects the Equinox to arrive in December of this year, while the Acadia will join the Holden line-up in early 2018.
August 2017