However the Opel CEO had been planning a complete change of direction for the brand by turning Opel into a fully electric automotive company. Neumann (Opel CEO) had been working hard developing the new direction to ensure Opel’s survival in the marketplace.

This plan was likely coming to a head with GM’s board scheduled to vote on the matter by May 2017. Opel would utilize the architecture underpinning the Chevrolet Bolt Electric Vehicle to presumably develop a stable of battery electric vehicles wearing the Opel badge. 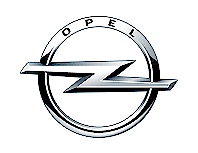 The plan was to phase out petrol powered vehicles by 2030 and the automaker would be split into two divisions until that date.

According to European news agencies the top Opel management were not in the loop with regard to this announcement from GM and were staggered to learn of the brand’s potential sale to Groupe PSA, who manufacture Peugeot & Citroen.

It’s possible that only the CEO, Neumann himself, may have known about the discussions prior to the French and U.S. automakers finishing their talks.

Meanwhile the potential merger and sales talk creates more questions than it answers but what may develop is that the Holden badges will no longer be stuck on an Opel but end up on a Chevrolet instead, I guess we wait to see.